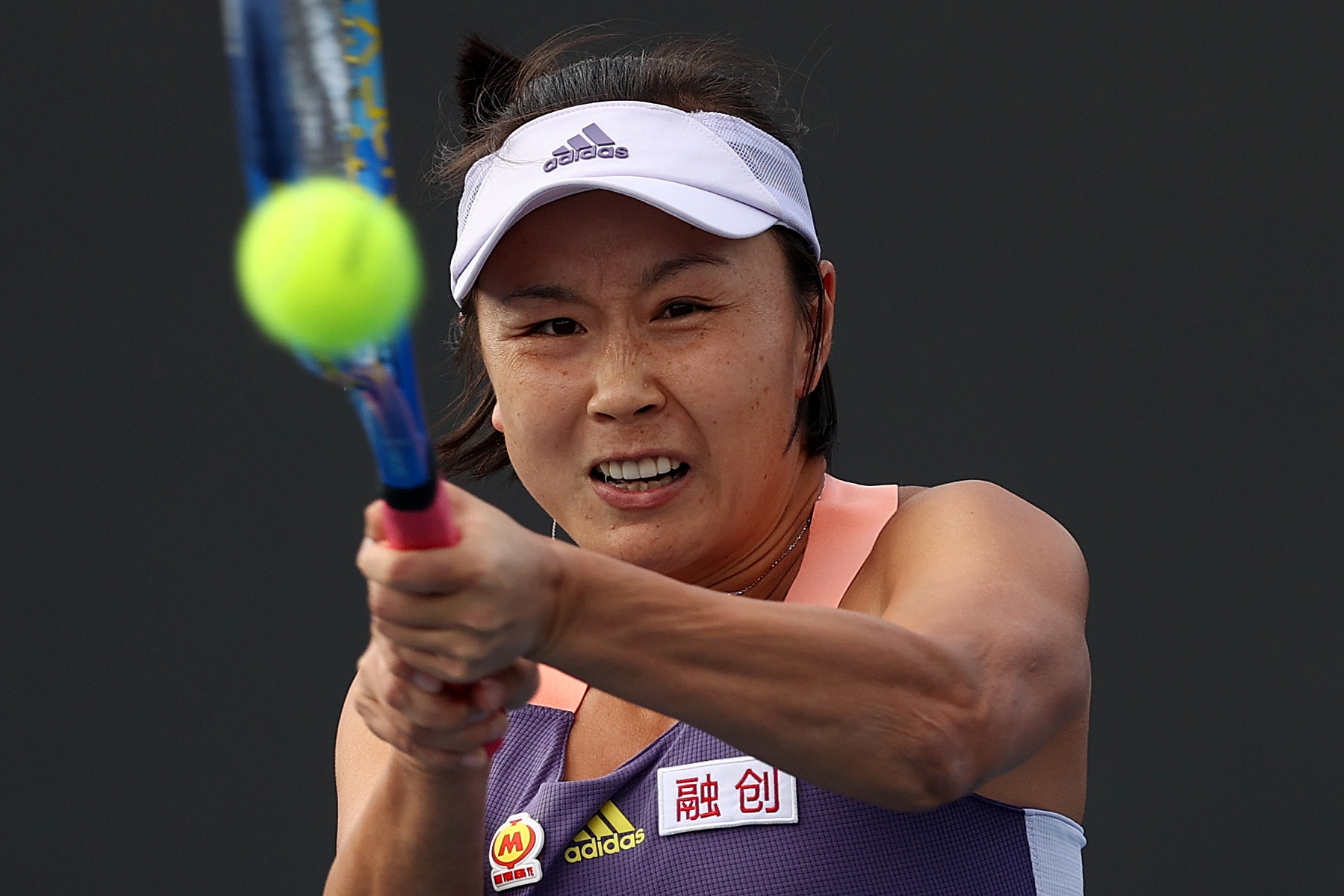 MORE often than not, issues within sport that are deemed serious are, in the grand scheme of things, not serious at all.

A team in the relegation zone, a bad run of form, and even injuries here and there are, in reality, not a matter of life or death.

However, the past few weeks have seen a truly serious situation develop and while it has not been caused by sport, the sporting world is heavily involved in ensuring there is not a terrible ending.

Almost three weeks ago, Chinese tennis player Peng Shuai posted on social media allegations of a sexual assault on her by a former vice-premier of China, Zhang Gaoli.

Within half-an-hour, her post had been removed from Weibo, the Chinese equivalent of Twitter, the topic has been blocked from discussion on China’s heavily- censored internet and Peng, a former doubles world No.1, has not been seen since.

Concerns about the 35-year-old’s welfare are growing, with a lengthy list of the great and good of tennis, as well as the wider sporting world, voicing their support for Peng and urging for her whereabouts to be made public.

A few days ago, a letter purportedly from Peng was released by Chinese state media but most observers are dubious about its authenticity, with few believing it was written by the tennis player.

While Peng remains missing, the widespread concern continues to grow, but what has been hugely impressive has been the response from the WTA, the governing body for women’s tennis.

Steve Simon, the head of the WTA, has been unequivocal in his support for Peng, and has stopped at nothing in ensuring no nation gets away with such seemingly blatant human rights abuses.

The WTA have, in recent years, gone all-in with China, wanting to break into its market above all others. It makes sense, with a population of almost 1.5 billion and money to pump into sport in a manner most other nations can only dream of.

Only two years ago, a billion-dollar deal was signed with China which was to see the WTA Finals, the tour’s showpiece event, staged in Shenzen, with only the pandemic causing it to be relocated this season. It is due to return to China next year, and remain there until 2030.

Bearing all this in mind, it would have been understandable, if not acceptable, for Simon, to be mealy-mouthed when it came to speaking out against the apparent treatment of Peng.

That has been far from the case though. Simon has been impressively wholehearted in his condemnation of China, before dropping the bombshell that he would pull the WTA out of China entirely if Peng is not found safely, and soon.

“We are at a crossroads with our relationship with China and operating our business over there,” Simon said. “We’re definitely willing to pull our business and deal with all the complications that come with it because this is certainly bigger than the business.

“Women need to be respected and not censored.”

It may not seem a particularly remarkable statement considering the health, and perhaps even life, of one of his athletes is under threat, but it should be remembered quite how rare a move this is within sport.

For years, decades, even, sport has, almost always, put money over morals.

From the sportswashing that is becoming increasingly common to the turning of a blind eye when certain wealthy nations continue to perpetrate human rights abuses, sport all too often holds its nose and carries on regardless.

A prime example is the IOC,  who are taking the Winter Olympics to Beijing in just three months. Their response to Peng’s disappearance has been pathetic, with barely a word of warning issued to China.

The case of Peng may be extreme, but it could also be a watershed in highlighting that doing the right thing is, in fact, a far more worthy stance than chasing the money.

The debate over transgender athletes, and transgender women in particular, has been one of the hottest topics in sport in recent years.

It appeared the direction of travel was towards placing some restrictions on the participation of trans women in women’s sport, with the reasons cited primarily being fairness and safety.

Indeed, a recent report by the UK sports councils suggested the best way forward appeared to be to create “open” categories in which trans women could compete freely.

However, last week, the IOC entirely changed direction, releasing a new framework on transgender inclusion that calls for no athlete to be excluded from any competition on the grounds of unfair advantage.

The framework, which is not legally binding but rather guidance, suggests moving away from eligibility criteria focused on testosterone levels, which has been one of the primary standards for judging whether trans women should be included in women’s sport.

This is quite a shift and while the IOC have been hailed for embracing inclusion by trans activists, there are many others who are concerned about what this means for women’s sport. The primary issue is that it appears fairness and inclusion cannot coexist.

And last week it seems the IOC have deemed inclusion to be the most important aspect of sport.

There are many who wholeheartedly disagree.