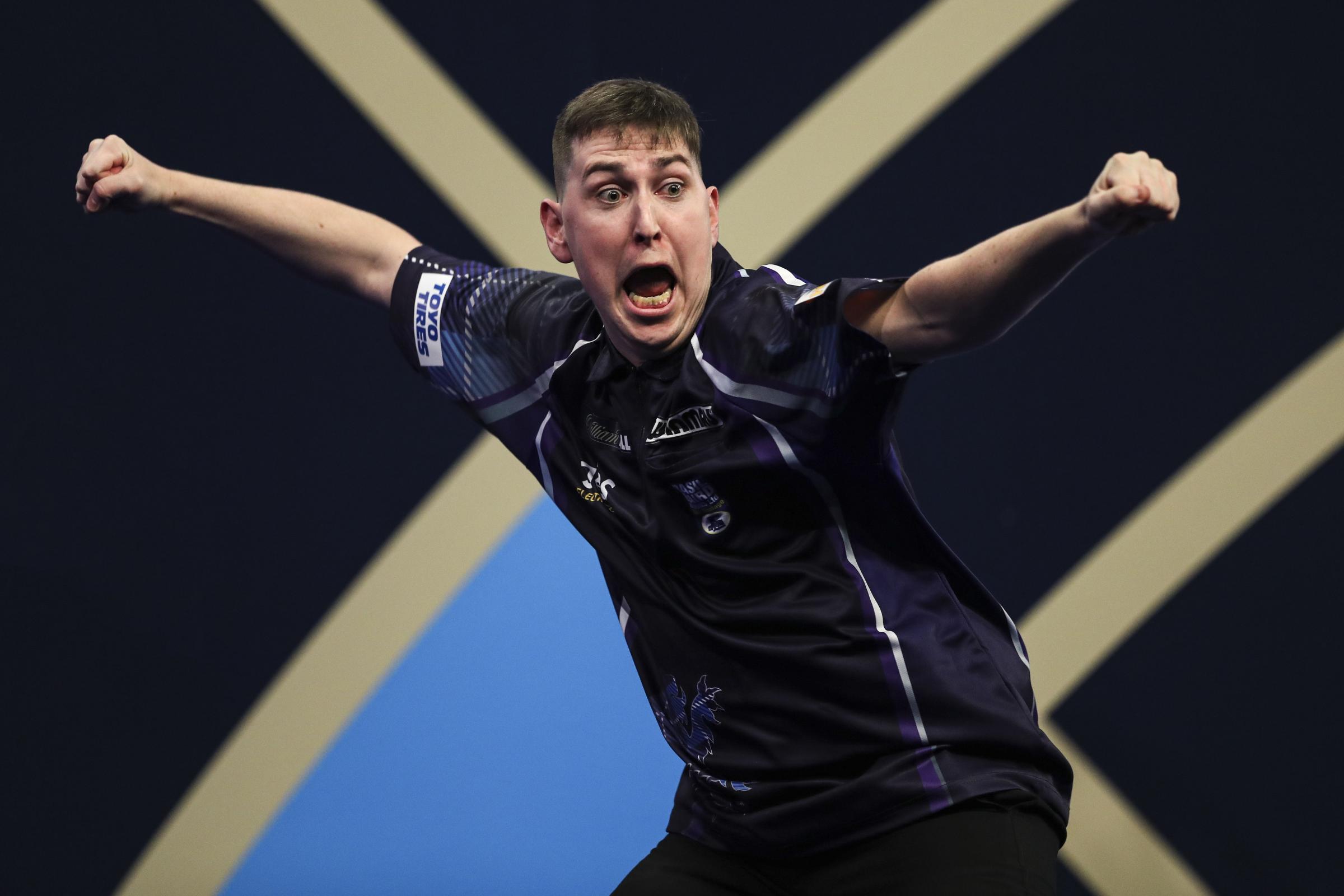 With the scores locked at 2-2 in the deciding set Borland, from East Calder, struck perfection with three treble 20s, followed by two more and treble 19 on his second visit.

The 25-year-old then hit two more treble 20s and finished on double 12 to send the Alexandra Palace crowd into raptures on his World Championship debut.

Blackburn’s Brooks, 21, had hit back from 2-0 down in the decider, having reeled off three successive legs to win the fourth set and extend the match.

Borland’s effort was the 11th nine-dart finish at the World Championship and the first since Gary Anderson completed the feat in his semi-final win against Jelle Klaasen in 2016.

Paul Lim was the first player to achieve a nine-dart finish on the biggest stage in 1990 at the BDO World Championship.

The Singapore veteran, who made his World Championship debut in 1982, was denied a place in the second round of this year’s tournament after being edged out 3-2 by Joe Murnan.

But 67-year-old Lim pushed his opponent all the way, taking the match to a deciding set after Murnan had missed match darts in the fourth.

Second seed Peter Wright, world champion in 2020, was not at his best but still proved to good for fellow Englishman Ryan Meikle, who he defeated 3-0 to reach the third round.

Kent’s Ross Smith booked his place in the second round with a comfortable 3-0 win against Canada’s Jeff Smith.

Earlier on Friday, Poland’s 12th seed Krzysztof Ratajski became the first seeded player to be knocked out after losing 3-1 to Irishman Steve Lennon in a second-round clash.

Russia’s Boris Koltsov produced dazzling 121 and 130 checkouts as he whitewashed Dutchman Jermaine Wattimena 3-0 to reach the second round for the first time.

Previous ArticleLetters: There will be little to cheer even if Johnson does goNext ArticleTories at war as Johnson faces Covid crisis, by Mike Settle