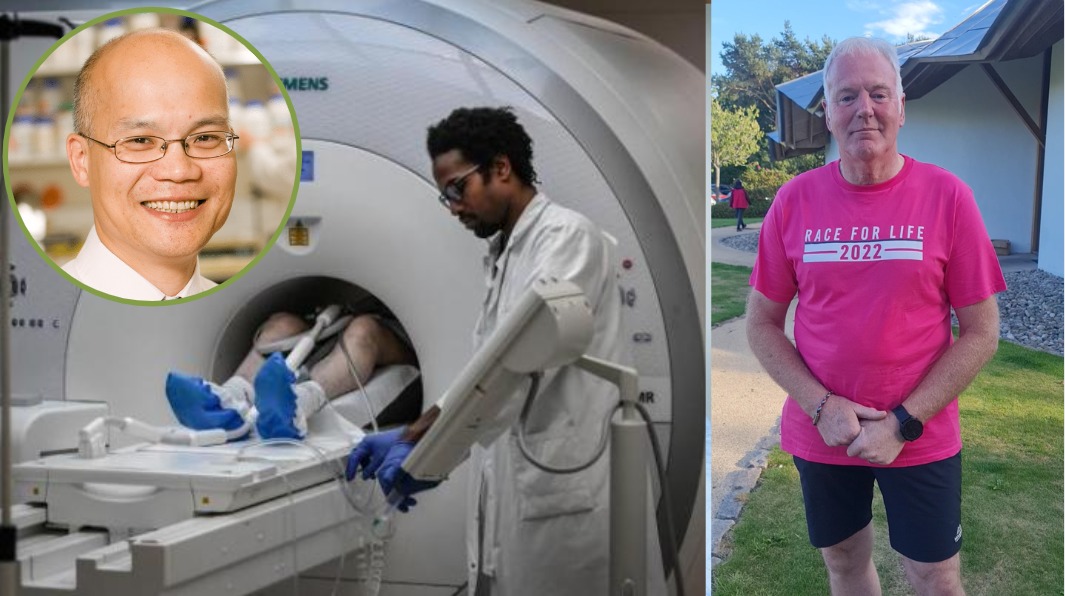 DRUGS commonly used to lower cholesterol have been shown to slow tumour growth in prostate cancer patients for the first time.

Scientists at the Beatson West of Scotland Cancer Centre in Glasgow gave atorvastatin – a form of statin – to 12 patients whose prostate cancer had stopped responding to hormone treatment.

Over a six to eight week period, 11 of the 12 participants experienced a decline in their levels of prostate specific antigen (PSA) – a key marker used to estimate tumour growth.

Larger and longer clinical trials are now planned to investigate whether statins should be given in combination with androgen deprivation therapy (ADT) – the standard hormone treatment for prostate cancer – to make it more effective.

READ MORE: Teen survivor of breakthrough leukaemia trial ‘wants to give back to NHS’

Professor Hing Leung, who led the research in Glasgow, said: “Our study is the first of its kind to show statins having a detectable effect on prostate cancer growth in patients.

“We think statins could stop prostate cancer from making androgens from cholesterol, cutting off a route for cancer to resist androgen deprivation therapy.

“If further trials are successful, we could use these already-approved medicines very quickly to offer patients better options for treatment.”

Previous observations, at a population level, indicated that patients who were taking statins during treatment for prostate cancer were at a lower risk of dying from the disease, but scientists wanted to see whether statins could actively reduce prostate cancer growth.

The findings, published in the journal BJU International, were welcomed by 64-year-old John Culling, who was diagnosed with the disease in 2019.

His first indication was needing to use the toilet in the night on a skiing trip – something he had never needed to do before.

He put it down to age, but when it happened again on a trip as an army hill walking instructor a medic with the group suggested he ask his GP to check his prostate.

READ MORE: Never had Covid? Why the secret might lie in your genes

Mr Culling, who lives with wife Margaret in Broughty Ferry near Dundee, was subsequently diagnosed with an aggressive form of prostate cancer.

He said: “The diagnosis came a shock. I was 60 but I had been in the army all my life so was fit.”

The grandfather and father-of-two has successfully undergone chemotherapy, radiotherapy and hormone treatment and is now being monitored.

He said: “The aggressiveness of the prostate cancer I have means there is a high chance it could come back, so it’s a case of waiting and watching.”

Mr Culling, who is originally from Jedburgh in the Borders, added that studies currently funded by Cancer Research UK “give me hope both for myself and for future generations”.

Around 3,800 men a year in Scotland are diagnosed with prostate cancer.

The findings on statins come as the Scottish Medicines Consortium accepted the prostate cancer drug, apalutamide, for prescription on the NHS – in combination with ADT – as an option for patients with metastatic hormone-sensitive prostate cancer.

These patients account for around 15-30 per cent of all prostate cancer diagnoses, but have a poorer prognosis.

Apalutamide, a pill which blocks the androgen signalling pathway, has been shown to improve both progression-free and overall survival.

It is expected to benefit over 800 eligible patients in the first year, rising to over 3,200 within five years.

Rob Jones, an oncologist and professor of clinical cancer research at Glasgow University, said there remains “significant unmet need” for men whose cancer had spread beyond the prostate and in whom existing hormonal therapies may not be appropriate.

He added: “The acceptance of apalutamide for use in NHS Scotland adds another effective and generally well-tolerated treatment option for men in Scotland with one of the most common of male cancers.

“It is also important to acknowledge the contribution made by Scottish patients who took part in the trial which showed this new treatment to be effective.”