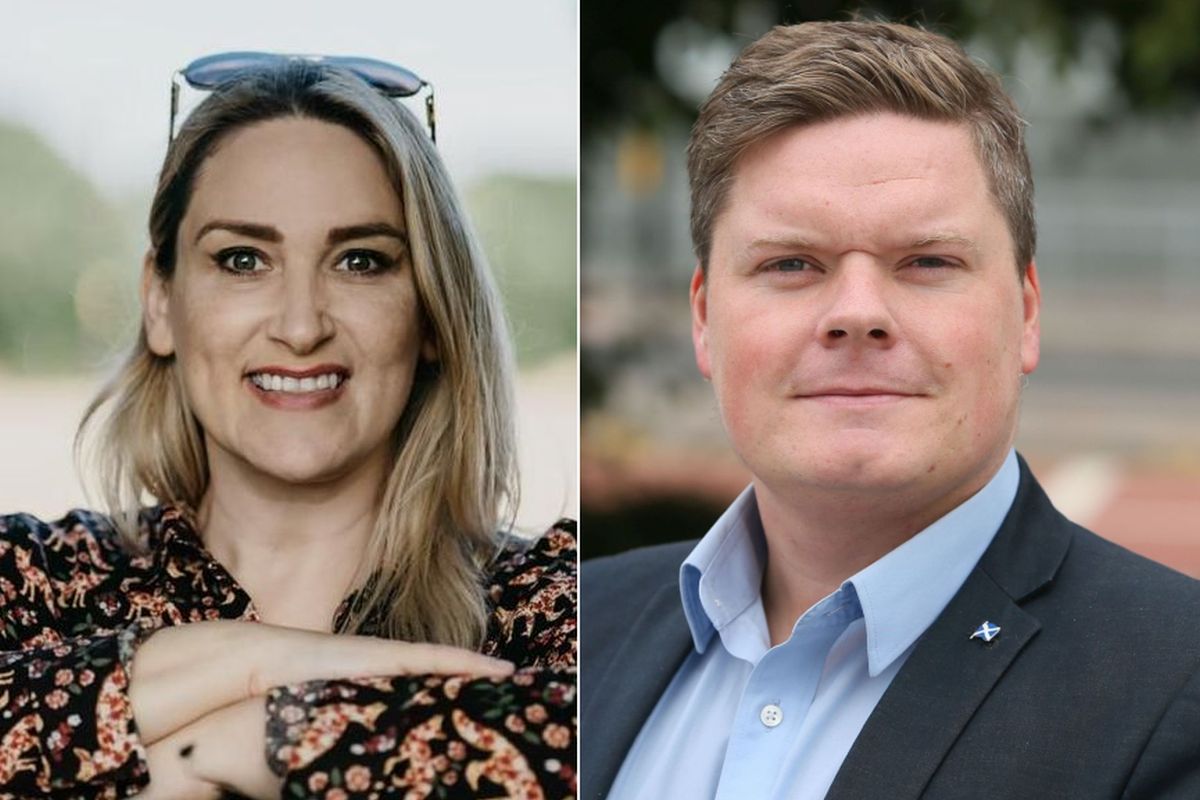 THE Alba party’s general secretary has been accused of “gaslighting and cowardliness” by an SNP MSP after he suggested she was trying to “normalise paedophiles”.

Councillor Chris McEleny came under fire after he claimed MSP Karen Adam was an “ideological zealot” who had made an “appalling error in judgment”.

She said Mr McEleny, a former SNP council group leader, should be ashamed of a “sick and twisted” distortion of her words and causing a social media “pile on”.

The row between the former party colleagues was  over two tweets Ms Adam, who was elected the MSP for Banff & Buchan Coast only last year, posted on December 30.

Warning that sexual predators try to blend into society, making them hard to identify, she wrote: “Paedophiles and predators are people. Not bogey men under the bed.

“Not Mac wearing flashers in the street, faceless and nameless.

“They are our family, friends and colleagues. They are not scary monsters. They are people who abuse.

“It’s uncomfortable to humanise them because we then have to face the horrors in plain sight.

“Horrifying isn’t it? Face it and warn our kids.”

The post was retweeted approvingly by Scotland’s most senior councillor, Alison Evison, the Labour president of the Convention of Scottish Local Authorities (Cosla).

She wrote: “Just as heroes don’t wear capes, abusers don’t dress as monsters. Message to all of us to be alert to silent appeals for help from those around us suffering harm.”

However Mr McEleny seized on the reference to humanising to attack Ms Adam.

He tweeted today: “If you didn’t think the SNP had been captured by ideological zealots that care not about independence, here’s one of their newly elected MSPs with a new line of ‘Paedophiles and predators are people’.”

The Alba party, set up last year by Alex Salmond, also issued a press release on the subject.

In it, Mr McEleny said the comments from Ms Adams were  “grotesque” and urged her “to reflect on her use of social media and think twice before making such offensive comments in the future”.

He said: “These remarks are grotesque, but considering they come from an MSP is all the more concerning.

“I’m hopeful that this SNP MSP has just been very clumsy at making a broader point about the importance of educating children on risks to keep them safe.

“However, to attempt to humanise the most vile behaviour in society is an appalling error in judgment.

“Ms Adam says that paedophiles are not ‘monsters’, I’m sure almost everyone in Scotland will agree that’s exactly what they are.

“These comments must be distanced from by the SNP leadership immediately and they should demand that their MSPs spend more time campaigning for independence and less time trying to humanise paedophiles.”

This is sick and twisted. Show the rest of the thread. You know fine well what I mean. Why do you want to cover up predators Chris? Why won’t you acknowledge they could be anyone among us? Ive been affected by it and I’m warning others. What you’re doing is shameless.

Ms Adams responded to Mr McEleny’s attack: “So Chris doesn’t think they are people among us. He only cares to twist the words of a female rep deliberately and cause a pile on.

“Wow Chris, you sure defend women. Gaslighting and showing cowardliness.

“Wondered why the abuse ramped up this last hour. Shame on you.

“This is sick and twisted. You know fine well what I mean. Why do you want to cover up predators Chris? Why won’t you acknowledge they could be anyone among us?

“I’ve been affected by it and I’m warning others. What you’re doing is shameless.”