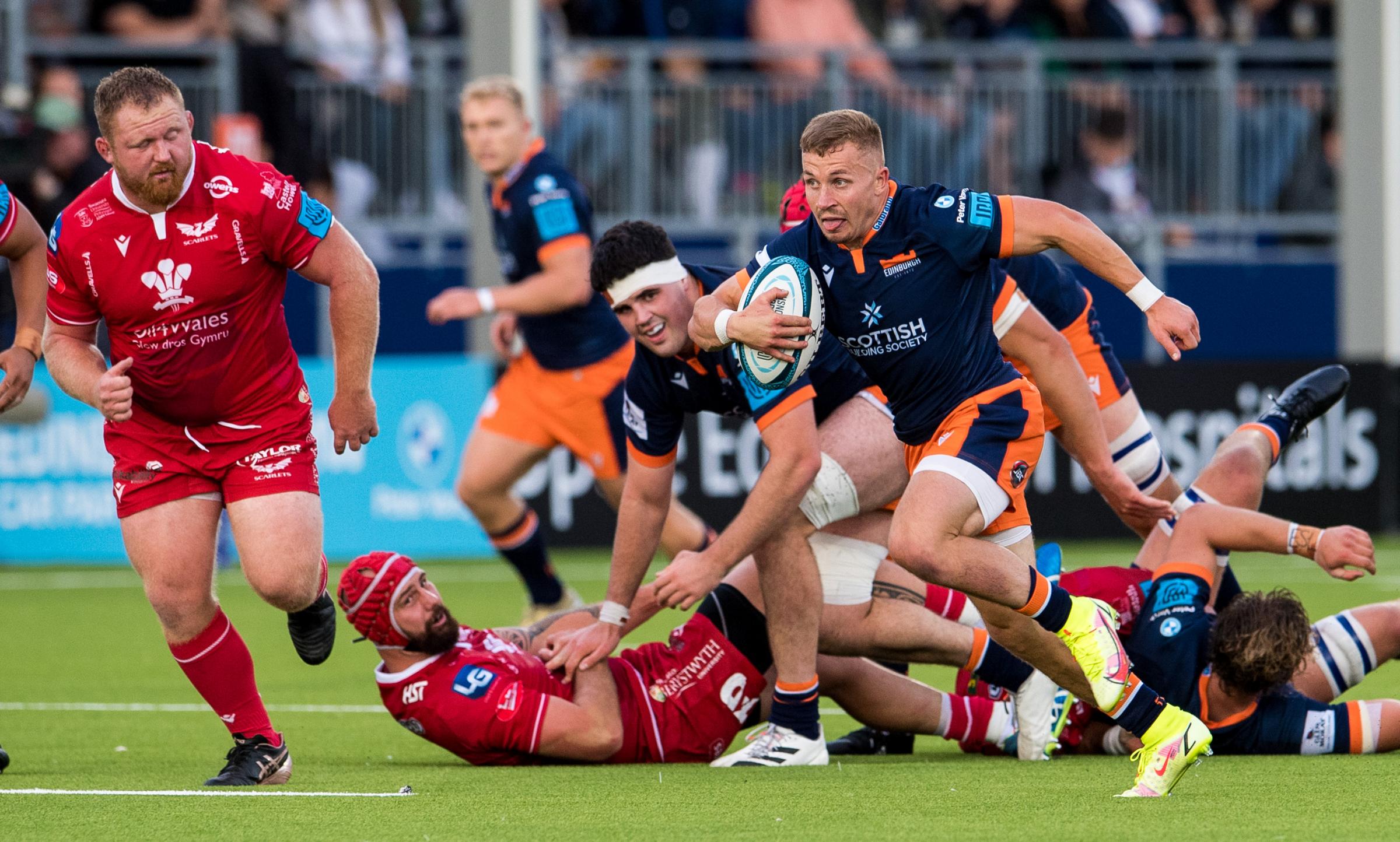 THERE have been many times in the past when a Scotland squad as large as the one Gregor Townsend named yesterday would of necessity include quite a few makeweights. Such is the current group’s increasing strength in depth, however, that of the 39 men chosen by the head coach, none would come into that category.

True, five of the 39 are uncapped, and until someone has been exposed to the exacting demands of Test rugby you can never be entirely sure how he will bear up. But each member of the quintet is there on merit, and, while facing stiff competition from established names for a place in a Six Nations matchday 23, they are all in the form that suggests they would distinguish themselves if called upon.

Scrum-half Ben Vellacott, for example, has excelled since joining Edinburgh in the close season. He did not get his chance in the autumn internationals as Townsend preferred to go with the three Glasgow 9s – Ali Price, George Horne and Jamie Dobie – but has now edged ahead of the latter two. At present Price is one of the first names on the team sheet, having matured significantly as an individual player and as a leader over the past year, but Vellacott and London Irish scrum-half Ben White, another uncapped member of the squad, will at least keep him on his toes.

In common with Cameron Redpath, who is back in the squad after injury, White played age-group rugby for England, but has been on Townsend’s radar for some time. “We’ve been watching him the last couple of seasons,” the coach said. “This year he’s played a lot of rugby with London Irish, and we’ve been connecting with him since around November.

“Scrum-half is one of those positions where we have a lot of competition. Two players who were involved in November are no longer involved in this campaign, but that’s testament to the work of both Bens, the form that they’re in.”

While Vellacott moved north from Wasps before getting his chance, London Irish winger Kyle Rowe went in the opposite direction, leaving Edinburgh last summer after making a solitary appearance. “He got into the team at London Irish through some really good pre-season performances then has backed it up throughout the season,” Townsend said of Rowe, who scored in his team’s 21-20 win over Edinburgh last Saturday. “Some consistent performances show he’s an exciting player that we want to work with.”

In the pack, Saracens back-row Andy Christie, like Rowe, has thrived this season when thrown in at the deep end in the Premiership. “He’s a lovely lad,” the coach continued. “This year he’s broken through. It’s weird. Sometimes players don’t stand out at a lower level, they stand out at a higher level, and that’s what we’ve seen with Andy.

“He played No 8 against Edinburgh and Gloucester, his best position is probably six, he’s developing as a lineout forward and he can also play seven. He’s a back row we like: we like back rows who are adaptable, quick and work hard and he’s all that.”

Glasgow’s Rory Darge is the fifth uncapped member of the squad and another who is included on the back of some phenomenal performances at club level. The quandary for Townsend is that, unlike Christie, the Warriors player is a specialist openside – as is Hamish Watson, who has been seen in recent seasons as close to indispensable. So how can Darge be accommodated?

“That’s a question we’re pondering now,” Townsend said. “Hamish was Six Nations player of the championship last year and went on the Lions tour. Hamish is one of the best players in the northern hemisphere, and we’ve got someone who has had an outstanding season with Glasgow, performing really well in the big games.”

With England first up at BT Murrayfield on Saturday 5 February, the majority of the uncapped quintet may well have to wait until later in the tournament to make their debuts. After all, this Scotland team now has a strong and still expanding core of players who, all else being equal, can be expected to be in the 23. In addition to Price and Watson, captain Stuart Hogg, Finn Russell, Chris Harris, Sam Johnson, Zander Fagerson, Jamie Ritchie and Jonny Gray come into that category.

As ever, there are significant omissions from the squad. In addition to Horne and Dobie, Adam Hastings has been left out, for example, with Blair Kinghorn now earmarked as back-up stand-off to Russell. Fraser Brown appears to have paid the penalty for having played little rugby since returning from injury, while his Glasgow colleague Oli Kebble has been surprisingly left out after being included in the autumn as someone who can play on either side of the front row. Centres Huw Jones and James Lang, of Harlequins and Edinburgh respectively, are another two who will have to wait patiently for the later rounds of the tournament.

Previous ArticleCovid Scotland: More than 7,000 cases and 16 deaths overnightNext ArticleSarah Smith gaffes: Everything BBC does in Scotland is under a microscope