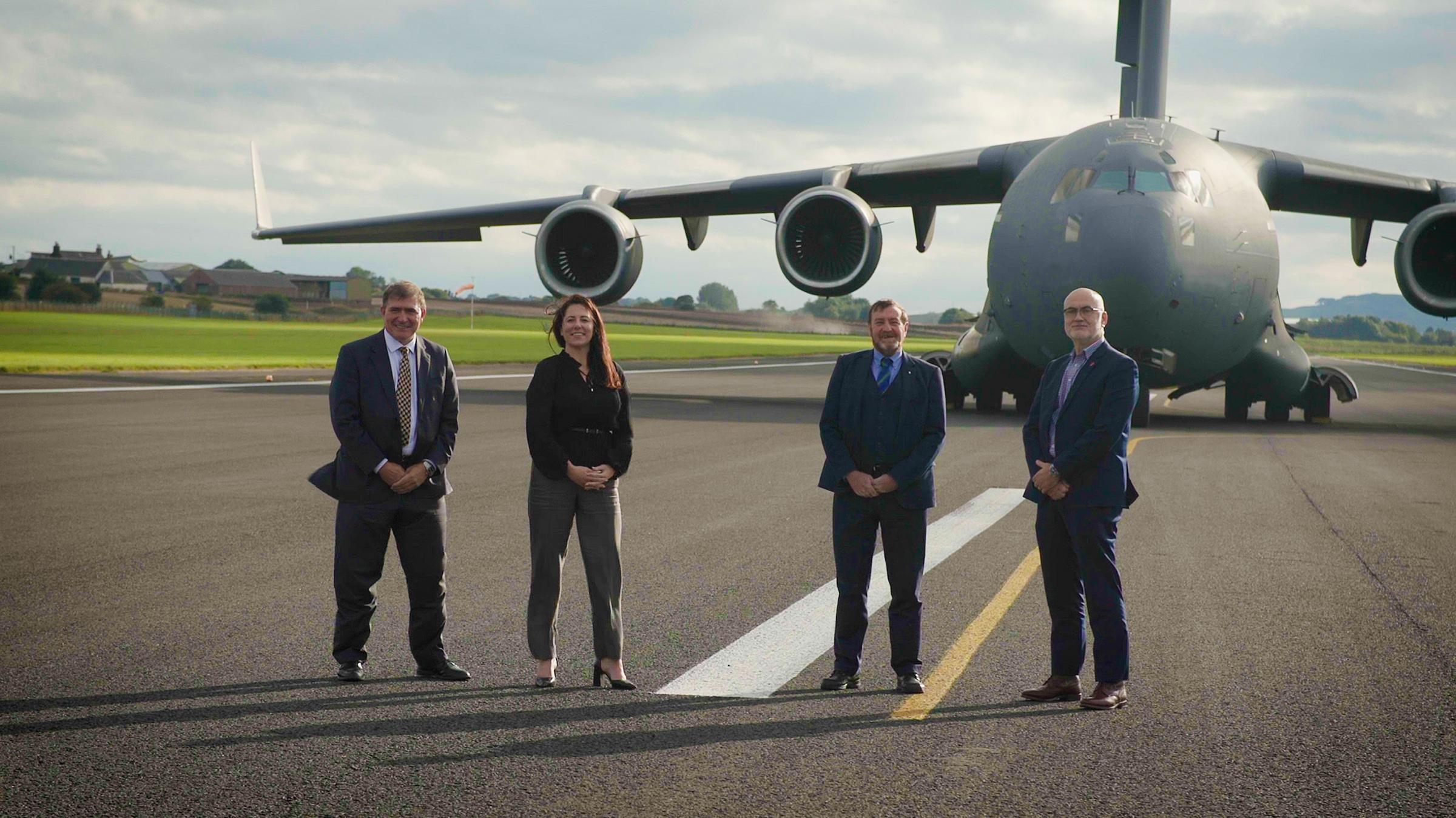 South Ayrshire Council has started the process of submitting a formal planning application for the proposed Prestwick Spaceport development.

Prestwick aims to conduct its first rocket launch by the end of 2023, a goal supported by the Ayrshire Growth Deal, a multi-million-pound funding package signed last year. Around £80 million of the growth deal is dedicated to securing Ayrshire’s future as a leading region in the UK’s aerospace and space engineering industries.

The proposal of application notice is the first step in the planning process for Prestwick Spaceport and signals the intent to apply for planning permission early this year.

Launches from Prestwick will take place using a method known as horizontal or air launch, in which an aircraft will carry a rocket containing small satellites a long distance to high altitude above the ocean. Once safely beyond inhabited areas and above the densest layer of the atmosphere, the rocket leaves the aircraft, ignites its engines, and carries its payload to orbit. Launch operations at Prestwick will consist mainly of processing rockets and their payloads, loading them on to a launch aircraft, and then conventional aircraft take-offs from the existing airport runways.

To provide horizontal launch capability, which until now has never been accessible anywhere in Europe, Prestwick Spaceport has signed a memorandum of understanding with Astraius, the leading UK-based commercial horizontal launch company. Astraius will launch rockets from standard transport aircraft that require no modification and will be able to place small satellites, such as shoebox sized CubeSats, into a variety of orbits. These small satellites can be used for a host of applications, such as monitoring climate change or tracking food supply chains to ensure that products in supermarkets are sustainably sourced. The city of Glasgow already designs and manufactures more CubeSats than any city outside of the USA.

Zoe Kilpatrick, commercial director at Glasgow Prestwick Airport, said: “We are delighted to see the next stage of the Prestwick Spaceport being developed. We are building an industry in Ayrshire which will create jobs and investment for years to come.

“2022 will see further developments as we partner with more organisations to grow and expand our space capabilities here at Glasgow Prestwick Airport. It is a very exciting time to be involved with the project and I look forward to seeing progress made over the coming months as we approach our first launch in 2023.”

Councillor Peter Henderson, leader of South Ayrshire Council, said: “Prestwick Spaceport has achieved another milestone by filing a POAN for its development. The POAN starts the process for Prestwick Spaceport submitting its formal planning application later this year.”

He added: “This follows on from Prestwick Spaceport securing a launch provider, Astraius, in September last year. By securing a launch partner and beginning the planning process, South Ayrshire is on its way to establishing Prestwick Spaceport and ensuring an exciting future for our local communities and making South Ayrshire part of the global space economy.”

Previous ArticleLibDems plea after 850 babies born ‘addicted’ in Scotland since 2017Next ArticleIs CBD Oil Legal? A Guide To CBD Oil UK Laws for 2022