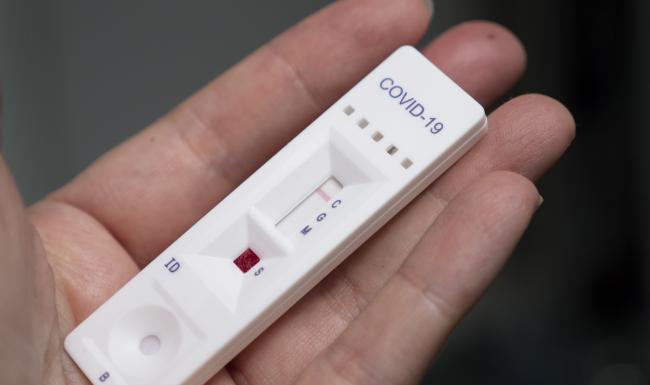 Shares in Omega Diagnostics have fallen by more than a quarter this morning after the company confirmed that it is considering tapping up investors for additional cash.

The statement from the testing kit manufacturer comes less than two weeks after it played down speculation of such a move following the departure of Colin King as chief executive. He has been replaced by Jag Grewal, who previously headed up the Alva-headquartered company’s health and nutrition division.

In a brief statement to the stock market, AIM-listed Omega said it is in discussions with “certain investors and shareholders regarding a potential equity fundraising”.

“Market conditions remain challenging and accordingly any issue of equity would be at a discount to the current share price,” Omega said. “Any fundraise would include an open offer to accommodate retail investors.”

The shares, which have lost more than 80 per cent of their value during the past 10 months, were down a further 27% to 7.75p as of 11am. The stock has taken a battering as a lucrative contract to produce rapid Covid tests for the UK’s Department of Health and Social Care (DHSC) has come unravelled.

Omega reiterated that as per its last announcement on January 19, it currently has “significant” cash resources and thus there is no “immediate need” to raise additional capital. It might therefore choose not to proceed with a fundraising “until such time as conditions are more favourable”.

“A further announcement will be made in due course as necessary,” the company added.