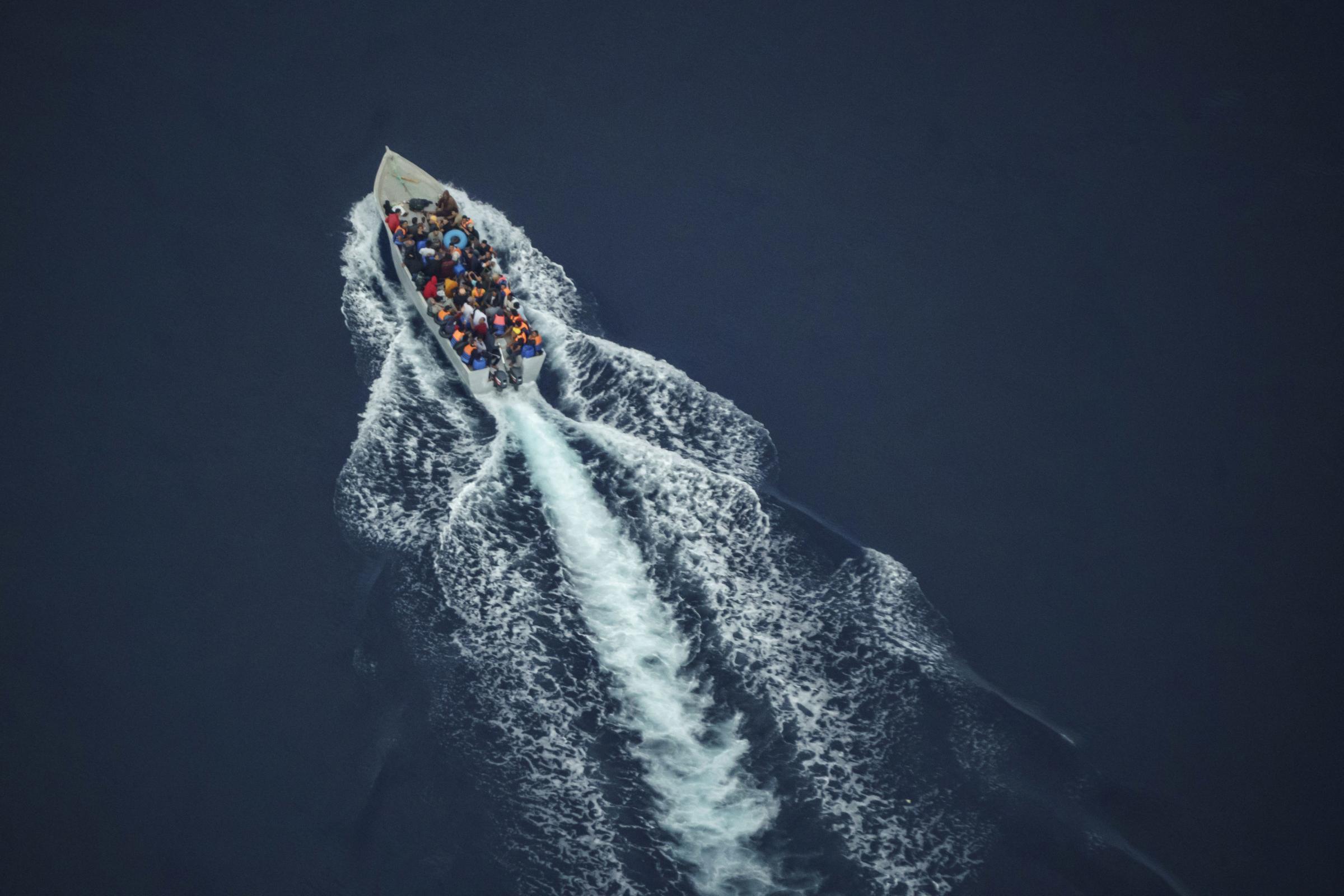 More than 160 people have drowned in two shipwrecks off Libya over the past week, a United Nations official has said.

The fatalities were the latest disasters in the Mediterranean Sea involving migrants seeking a better life in Europe.

Safa Msehli, a spokeswoman for the International Organisation for Migration (IOM), said at least 102 people were reported dead after their wooden boat capsized off Libya on Friday.

At least eight others were rescued and returned to shore, she said.

Another boat carrying at least 210 migrants was intercepted and returned to Libya, she added.

The deaths take the tally in the central Mediterranean route to around 1,500 people drowned this year, Ms Msehli said.

Around 31,500 migrants were intercepted and returned to Libya in 2021, compared with nearly 11,900 the previous year, according to the IOM.

Libya has emerged as the dominant transit point for people fleeing war and poverty in Africa and the Middle East.

The oil-rich country plunged into chaos following a Nato-backed uprising that toppled and killed longtime autocrat Muammar Gaddafi in 2011.

Human traffickers have benefited from the chaos in the oil-rich nation and smuggled migrants through the country’s lengthy border with six nations.

They pack desperate migrants into ill-equipped rubber boats, then embark on risky voyages through the perilous Mediterranean Sea.

Those returned have been taken to detention centres rife with abuses, including forced labour, beatings, rapes and torture.

The abuse often accompanies efforts to extort money from families before migrants are allowed to leave Libya on traffickers’ boats.

UN-commissioned investigators said in October that abuse and ill treatment of migrants in Libya could amount to crimes against humanity.

Previous ArticleMSPs to be recalled to Holyrood over Christmas recess to consider Covid pandemic responseNext ArticleIs Nationwide online banking service down? What we know