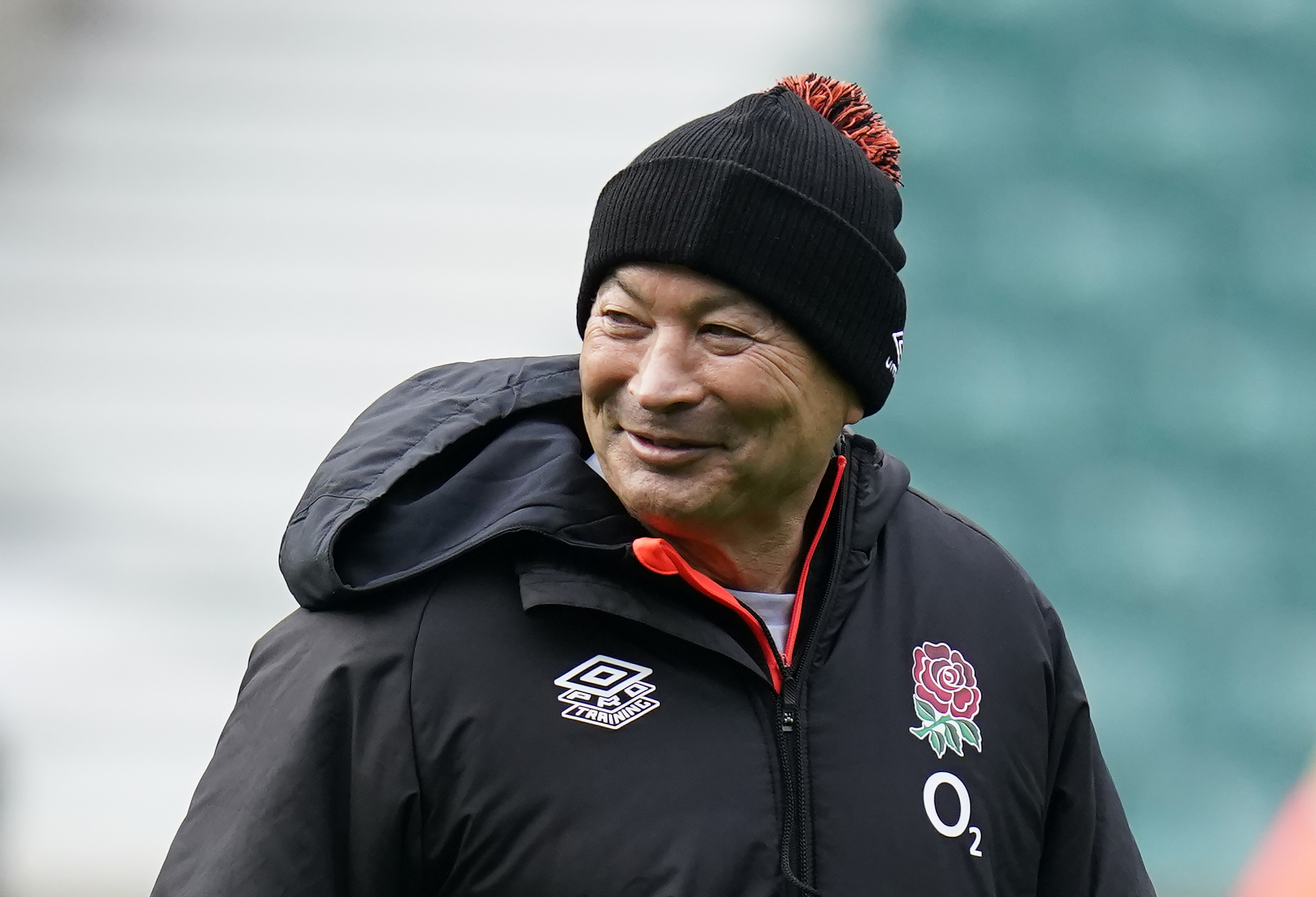 IT wouldn’t be Calcutta Cup week if England head coach Eddie Jones wasn’t ramping up the hype ahead of the match. As he named his team yesterday for tomorrow’s clash at Murrayfield, the mischievous Australian was clearly determined to pile the pressure onto his opponents.

“I’ve never been involved in a game at Murrayfield where Scotland are such red-hot favourites,” he claimed. “That’s different for them, carrying that expectation of success.

“That’s something they’re going to have to handle. They’re well coached by Gregor [Townsend] and have got some outstanding players. But the expectation of winning is a different pressure to handle.

“They’re expected to win and every time the players look at the crowd at Murrayfield, they’ll feel that expectation, so they have to cope with that,” he continued, clearly warming to the task he had set himself. “Scotland have to cope with the expectation from 62,000 fans and all the people watching on television.

“They have to carry that burden and we’re not sure how they’ll handle that. We’re coming after them. We want to get up there and get on the front foot. We want to take Scotland on.

Like all the best wind-ups, Jones’ comments are an embellishment of the truth. There is expectation on Scotland because they beat England at Twickenham last year, they have a settled side with no serious injury concerns, and they have seven players in their starting XV who toured with the Lions last summer.

“Scotland went through a tough period initially when England came under my control, but in the last couple of years they’ve improved considerably,” Jones said. “You look at the number of players that Gregor selected for the Lions tour – they’ve got a lot of good players.

“If we’re being blatantly honest, they’re probably two years ahead of us in terms of development. But on the day that doesn’t mean you’ve got an advantage. We think with this young but very good team that we’ve got we can take the challenge to them up there,” he add3e, before indicating that his team are better prepared to deal with the pressure they will be under tomorrow than their opponents, despite several players in the starting XV having never played in a Calcutta Cup match before.

“It’s no different for us, [in] every game we’re expected to win,” he said. “For us, that’s normal. We’re a young but a good side. We’ve had a really good preparation with a few obstacles thrown at us but we’ve coped really well. We can’t wait to get up there. And the best thing is we’re going to play in Scottish weather.”

Gusty wind and heavy rain is being forecast for Murrayfield on Saturday afternoon, which means that the weather could be very similar to 2020, which happens to be the only time England have managed to beat Scotland in the last four meetings between the two sides.

“We don’t look at it as bad conditions – we look at it just as the conditions,” said Jones. “You don’t take your board shorts and suntan cream up to Edinburgh for a Six Nations game, do you? If you’re going to the Maldives it might be a different matter.”

One of those players who will be facing Scotland for the first time is stand-off Marcus Smith, a precocious playmaker with the ability to rip any team apart if given a chance. Jones expects the 22-year-old to be targeted by the likes of Hamish Watson but said that he and the player recognise that comes with the territory.

“I’m sure Scotland are going to come after him – they brag about being able to get into the psychology of England – let’s see on Saturday,” he concluded.

Previous ArticleEducation Scotland under fire over ‘voluntary’ school inspectionsNext ArticleLetters: Forget the wish list, the SNP’s plan should be to focus on improving literacy and numeracy