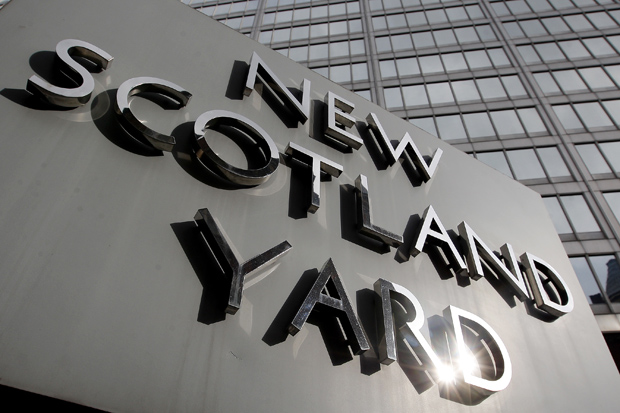 The Metropolitan Police confirmed this afternoon that their war crimes unit are helping the International Criminal Court in the Hague, which announced earlier this week it was investigating potential crimes by Putin and his forces.

Reports have emerged of Russian troops using cluster bombs and banned vacuum bombs as part of their bombardment of Ukraine, with civilians also being targeted.

Earlier today Ukraine’s foreign minister said there had been cases of Russian soldiers raping Ukrainian women during the conflict, which started eight days ago.

The Met’s War Crimes Team is part of the force’s Counter Terrorism Command and has national responsibility for carrying out any UK enquiries into war crimes and core international crimes. Detectives are appealing for anyone in the UK who may have direct evidence of war crimes in Ukraine from 21 November 2013 to present.

Officers are particularly keen to hear from anyone who may themselves have witnessed or been the victim of any war crimes in Ukraine at any time from 21 November 2013 onwards.

Evidence provided to and gathered by the Met’s War Crimes Team may then be shared with the ICC to assist with their investigation.

The force said there is no UK-based probe into Ukrainian war crimes, but officers were working to support the efforts of the ICC.

“This could be in the form of direct messages, images or videos that friends or relatives here in the UK have been sent by those in Ukraine. Or it could be somebody who was previously in Ukraine and who may have witnessed or even been a victim of a war crime and has since travelled to the UK.

“To be clear though, we specifically want to hear from people who are now here in the UK, and who have a direct link to any relevant information or evidence – this is not about the general public highlighting or telling us about things they might have simply come across or seen in the media, online or on social media.”

Officers at UK ports are being briefed on the operation, so they can help those arriving in the UK from Ukraine and determine if they could have evidence or have witnessed any illicit Russian activity on the ground.

To report a suspected war crime to the War Crimes team, visit https://www.met.police.uk/advice/advice-and-information/war-crimes/af/report-a-war-crime/