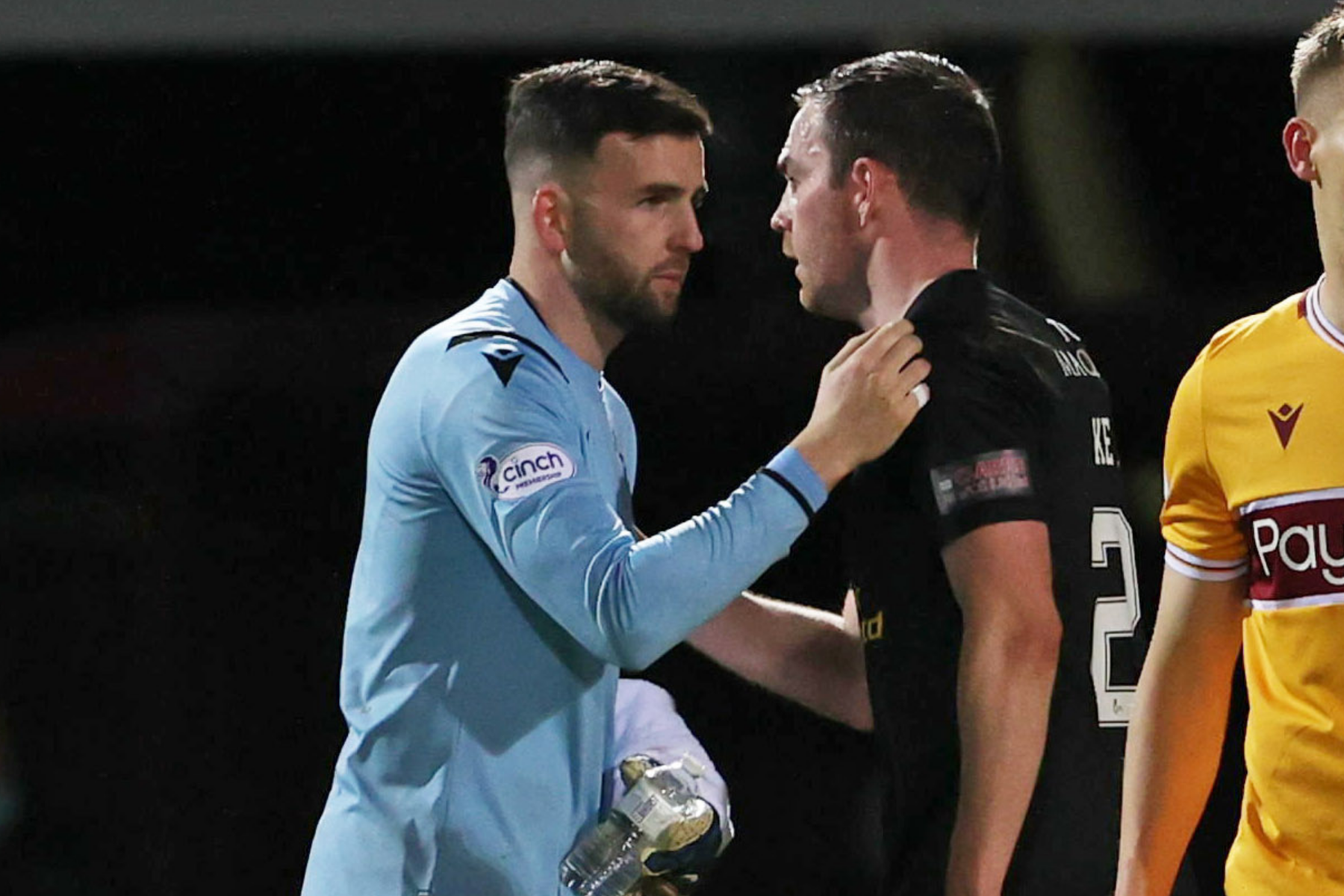 THERE was no hiding place for Livingston midfielder/defender Sean Kelly over the festive period.

On Christmas Day the 28-year-old joined brother Liam – three years his junior – at their parent’s house for a (calorie-controlled) traditional dinner.

Then, on Boxing Day, the pair were brought back together when Liam starred in goal for Motherwell as they defeated Sean’s team 2-1 at Fir Park.

Unfortunately, avoiding the sibling rivalry in the aftermath of that match proved impossible because the brothers share a flat.

“It was Christmas dinner round at my mum and dads for the two of us both,” said Sean. “There wasn’t really any football talk: I wasn’t trying to get the team or anything! We just kind of left it to the side.

“We stay together so we’ll eventually chat about the match a bit, break it down. But we’ve been in the game long enough that we don’t really take our football home in terms of losses or wins.

“If you start doing that….at the end of the day, it’s a game of football, you’re not going to go home and take it out on your friends or your family.

“I was bitterly disappointed to have lost the match but we all get beat and you can’t go home and live your life based on a football result. I think it would be pretty immature to be doing that.”

Liam also came out on top of the brothers’ personal duel on Sunday, when – with Motherwell already a goal to the good, he comfortably saved a first-half shot from Sean as he attempted to restore parity.

“As soon as I saw it was Liam in goal, I felt I had to have a shot – and if I’d had another sight of goal, I’d have tried another shot,” Sean claimed.

“I saw him laughing after I hit it and he caught the ball, as if to say: ‘Aye right, what are you trying?’

“But I back myself to shoot in those kind of areas, not that I’m in there very often, of course. Maybe that’s something we lacked, not testing the goalkeeper often enough but I’m not sure our ‘keeper had many saves either.

“Have I ever scored against Liam? In the back garden – not in a real game!”

Consequently, the Lions remained in eighth position, four points clear of the drop zone, but Kelly the Elder believes they could just as easily have been putting pressure on the teams in the top six if they had delivered a more focused performance.

“Obviously, it’s disappointing because I felt we controlled large parts of the play in the first half,” he said.

“Our game plan was kind of working but then we gave away a stupid foul on the edge of the box.

“Kevin van Veen has quality but, that early in the game, you’re hoping it goes over the bar or hits somebody in the wall but he puts it right in the top corner instead.

“We found ourselves 1-0 down but felt we’d started all right and that free-kick changed the dynamic of the game.

“In spells we did show quality. Their second goal was a bit soft from our point of view but Motherwell have a great record here this season. They’re fourth in the league for a reason.

“The goals we lost are disappointing but, on the whole, we did try to go there and be positive. We showed impetus to get on the ball and probe so maybe that’s a positive we can take.

“I don’t think anyone watching the game would say there was a lot between the two teams.”

In some ways, Sunday’s encounter was, Sean felt, Livingston’s season in microcosm.

“We’re sitting eighth but there’s been a lot of games this season like the one at Motherwell where we’ve felt a bit let down,” he said.

“There have been soft goals conceded but then I suppose that’s the difference from being where we are to where Motherwell are.”

Manager Davie Martindale intends to recall English striker Joel Nouble from a loan spell with part-timers Arbroath in an attempt to add some muscularity to Livingston’s front line.

“He’ll obviously bring a physical presence, a size to the team,” said Sean. “Joel trains with us every day and he’s a great player.

“Big Joel will offer a different dynamic. At Motherwell we had different styles to Joel up front, with Andrew Shinnie and Alan Forrest starting and then Bruce Anderson coming on – all small in stature but with good link-up play.

“In fairness, Joel has that too but he can also offer a presence like, say, a van Veen where you can just hit him with long balls.”