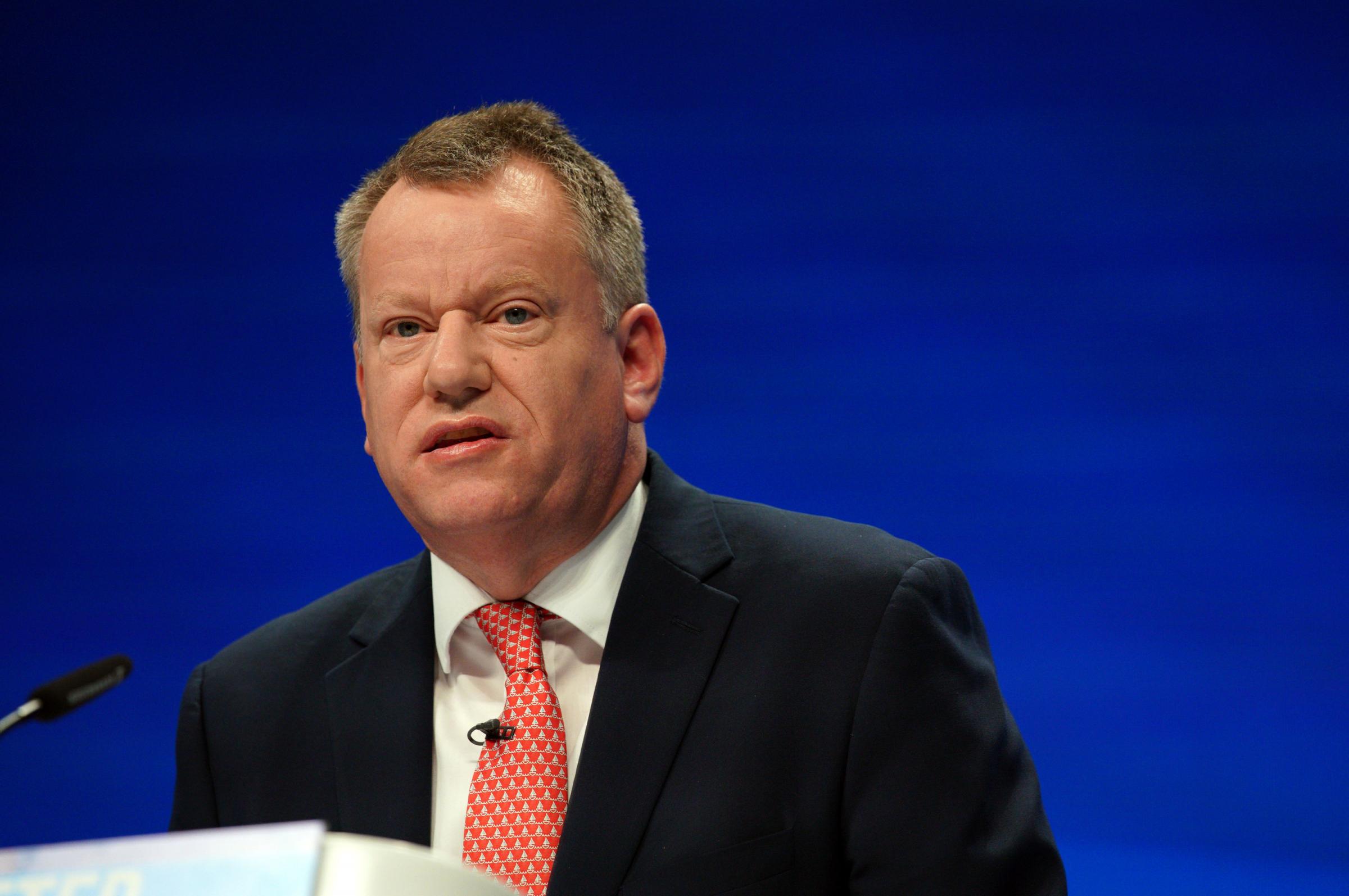 THE resignation of Lord Frost (“Tory MPS call on Johnson to renew values as Frost quits”, The Herald, December 20) and the rebellion by 100 Tory MPs against the Government show that Conservatives are prepared to rebel against the leadership when it departs from its basic values and tenets. That is democracy in action.

The SNP on the other hand is prepared to put up with top-down policies which are at odds with the party’s tenets and the beliefs of its supporters. We have seen this over the creation of Police Scotland, the enforcement of Gaelic signage through the entire public service, the named person scheme, the Gender Recognition Bill, and now, most bizarrely of all, over the party’s new policy on Scotland’s oil.

Up until last year the case for leaving the world’s fifth-largest economy was underwritten by oil, but now that the First Minister and her lieutenants have decreed that oil is to be left in the ground “to save the planet” there is no case at all. Apart from Fergus Ewing, I have heard no other MSP or MP from the SNP criticise this absurd policy. Where is the democracy in that?

LUCKY TO LIVE IN SCOTLAND

THE UK Government is considering raising the age for free prescriptions from 60 to 66. Meanwhile Corporation Tax in the UK is only 18%, the lowest it has ever been and one of the lowest in the world. So yet again Boris Johnson’s regime looks as if it is going to punish the sick, the poor and the old in favour of the wealthy.

In contrast, prescription charges in Scotland were abolished in 2011 as the Scottish Government sought to mitigate the worst of UK Government policies. How fortunate we are to live in Scotland, in a society which cares for people rather than seeing them as a source of revenue.

BREXIT IS BEGGARING US

I READ Peter Wright’s unionist diatribe (Letters, December 20) with some sadness. Political jargon is not persuasive. Facts are.

I know that some packets of food that I buy have become smaller though their price does not change. I notice that medication I buy regularly over the counter has become more expensive. Everything is getting dearer. Food banks are one of the fastest growing industries in Scotland. My pension, already the lowest in Europe, has not been increased to match this increasing inflation. Prices are rising and pay packets are not.

Brexit is beggaring Scotland as well as England, but Scotland did not vote for it.

The over-hyped UK treaty with Australia will flood the whole of Britain with cheap beef and undercut Scottish farmers. What do we sell Australia in return? Not cricket bats and stumps I shouldn’t think.

I await another treaty with America, which will allow even cheaper chlorine-washed chicken to pollute our shops.

Scotland’s Government has had Brexit forced on it, followed by the Covid-19 pandemic and has done amazingly well by us.

Now, more than ever, Scotland needs freedom to manage Scotland’s finances for Scotland’s benefit and to once more gain a good relationship with Europe. We should not be forced to exist on occasional handouts from Westminster, with instructions on how to use them.

We simply can’t afford to remain part of Brexit Britain as it presently is.

* I AM surprised by the stress placed by so many of your correspondents on the GERS figures, which relate to patterns of income and expenditure as determined by the UK Government. Independence is not about mindless repetition of Whitehall’s budgetary decisions.

FOR someone who thinks he knows what is best for Scottish Labour, Kevin McKenna shows amazing ignorance of the party and how it operates (“Sturgeon is the real winner in Tory calamity in Shropshire”, The Herald, December 18).

Otherwise he would know that its policy on Scottish independence referendums– and everything else – is not in the hands of its leader, but of its members, who are free to bring resolutions to change that policy to their branches. If approved, these then go to conference to be debated. I have been a member of the Labour Party since 1977, and I have to say that I have never experienced any such resolution being debated at any level and have never heard of it happening elsewhere, so it seems unlikely that there is any groundswell amongst members to support the nationalist agenda that Mr McKenna espouses.

The reason for this is simple. As Mr McKenna also appears not to know, the Labour Party in Scotland and elsewhere makes few ideological demands on its members. However, there is one article of faith that is on every membership card, which reads: “[The Labour Party] believes that by the strength of our common endeavour we achieve more than we achieve alone.” Not only is this a statement that reflects the advantages of co-operation and mutual support that we experience at every level of our lives, it is also a rejection of the self-interest and mean-mindedness which is at the heart of both Conservatism and nationalism.

Both Scotland and all other parts of the UK benefit from the Union as a common endeavour, most obviously by the transfer of revenues from the better of parts of the country to the least well-off. Quite simply – why would Scottish Labour wish to give that up?

FOR six weeks in a row Nicola Sturgeon said she was considering restrictions at her weekly Tuesday updates. Then as Omicron arrives once again she dithers and delays and deflects responsibility.

She called for an eight-day quarantine for people flying into the UK but didn’t introduce it in Scotland. Instead, three weeks later she lifted travel restrictions on the 11 remaining red list countries just as Germany and the Netherlands quarantine travellers from other countries. The First Minister has the powers to do that here but doesn’t use them.

TIME TO GO FOR SHOCK TACTICS

EVERY day in print and on TV we see excellent examples of the skills of graphic designers, animators and film-makers encouraging the unvaccinated to do so, and yet millions who have spent their lives being vaccinated against various diseases and who have no medical reason to, refuse because of dross they’ve read on social media.

Perhaps it’s time to move away from the subtle approach of advertising and go for shock tactics of showing say, a patient in hospital hooked up to a ventilator with a “this could be you or a loved one” message.

ANOTHER week, another Covid article by Joanna Blythman long on opinions and alternative facts, short on the truth (“We need more than endless rounds of vaccinations to beat Covid threat”, The Herald, December 18).

Where should I begin? She advocates hydroxychloroquine and ivermectin as Covid treatments. There is absolutely no good evidence that hydroxychloroqine has any benefit in Covid. Ask Donald Trump for his experience. The waters around ivermectin treatment are rather more muddy, but one major paper in favour of the drug has been discredited, so the jury is still out.

She states that vaccinations were previously a childhood thing, choosing to ignore seasonal flu vaccines in regular use for more than 20 years.

She also quotes a paper from 2015 and suggests that the virus has mutated specifically to avoid the vaccine. This comment is at odds with most scientific opinion. Viruses mutate at random, whether people are vaccinated or not. A more plausible theory of the development of the Omicron variant is that it may have developed in Africa in someone with decreased immunity such as an HIV sufferer, whose immune system could not combat the virus as it mutated. If this theory is true it would be a reason for more vaccinations worldwide, not less, but that wouldn’t support Ms Blythman’s highly selective theories.

Read more: The simple fact is Scotland gets more from Westminster than we put in