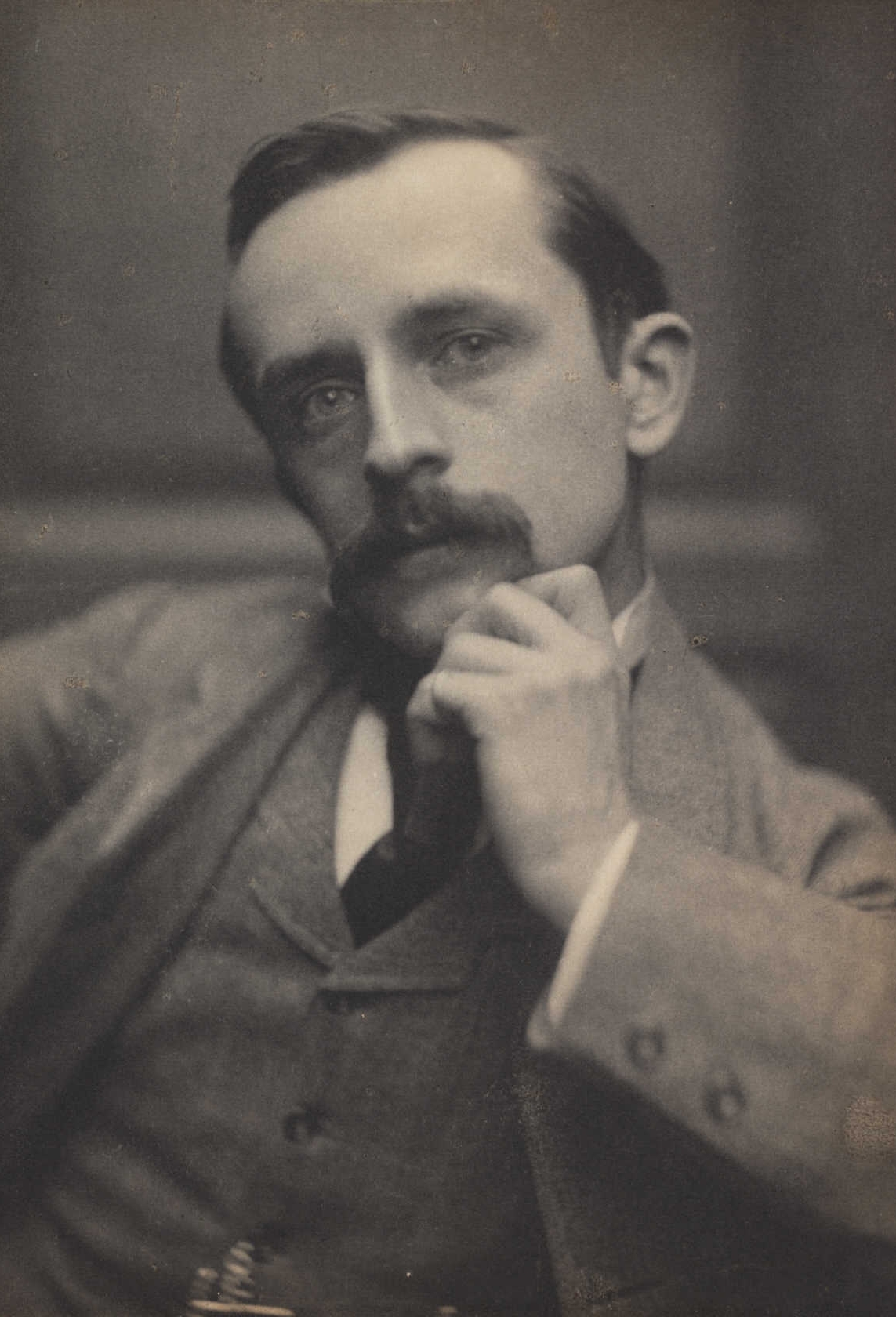 THE creator of Peter Pan, the world-famous story of a boy who never grew up, was a wee Scottish chiel from Kirriemuir with a right big foreheid and a walrus moustache.

You knew that already, but let’s dig deeper into the the life, times and psychology of playwright and novelist Sir James Matthew Barrie, Baronet.

J.M. Barrie first joined humanity on 9 May 1860, the son of a weaver and a mother experienced in matters maternal, she having acquired household responsibilities at the age of eight upon the death of her own mother. Death: it happened a lot in the old days. It left psychological scars. Psychological scars make art.

James was ninth of 10 children, two of whom died before he was born. When he was six, his brother David died in an ice-skating accident one day shy of his 14th birthday. Good-looking David had been their mother’s favourite. Devastated at the news, she took to her bed in grief.

READ MORE: Rab McNeil: Those cycling bams have been at it again

James tried taking David’s place, dressing in his clothes and adopting his mannerisms, making him live on. But Margaret took comfort in the fact that her boy would live forever, never growing up and leaving her. There’s some maths there for you to do.

Later, Margaret read Defoe, Scott and Bunyan with James. The father’s lack of attention, however, is said to have caused James such stress that it stunted his growth: he grew to just over 5ft 3in.

After schooling at Glasgow, Forfar and Dumfries Academies, Barrie studied literature at the University of Edinburgh, during which time he wrote drama reviews for the Evening Courant. Graduating in 1882, he then spent 18 months as a journalist on the Nottingham Journal before announcing his literary arrival in London with a piece for the St. James’s Gazette about the fictional town of “Thrums”.

Liking “that Scotch thing”, the editor commissioned Barrie to write more, providing the framework for his first novels: Auld Licht Idylls (1888), A Window in Thrums (1890), and The Little Minister (1891).

Set in his native Angus, and based on stories told by his mother, these are often disparaged as “kailyard”, but more recent assessments detect complex themes of memory and subtle hints of ironic humour. At any rate, they proved highly successful, with the dramatisation of The Little Minister encouraging Barrie to turn his attention to the theatre.

Afer a couple of stumbling attempts, his parody Ibsen’s Ghost was seen in London by Ibsen translator William Archer, who enjoyed and recommended it. Subsequent works cemented Barrie’s reputation as a dramatist, these including Quality Street, about a respectable old maid trying to regain a former suitor’s attention, and The Admirable Crichton, concerning an overturned social order when a butler leads an aristocratic family shipwrecked on an island.

These and other plays – What Every Woman Knows (1908), The Twelve-Pound Look (1910), The Will (1913), and Dear Brutus (1917)— with their undertone of melancholy and disenchanted adult life, remained highly regarded for many years. The Admirable Crichton was made into a film in 1957, with Kenneth More in the title role.

So – no avoiding it – where is Peter Pan in all this? Well, yon laddie first appeared in The Little White Bird, a novel published in 1902. This whimsical comedy with darker undertones involves the paternal relationship between the bachelor narrator and a boy called David (the name of James’ lost brother).

The Peter Pan segment started as one chapter and grew to 100 hundred pages (later published separately as Peter Pan in Kensington Gardens).

In 1904, Peter Pan, or The Boy Who Wouldn’t Grow Up, had its first stage performance in London’s West End. You know the story: Peter Pan and Tinker Bell, an alleged fairy, arrive in the Darling household, where Wendy, John and Michael are getting ready for bed.

Peter, who is searching for his shadow, invites the Darling children to Neverland, where the Lost Boys live, along with Captain Hook and his villainous pirates, a crocodile (that had eaten Hook’s arm), and Tiger Lily, who leads a band of “redskin braves”.

Famously, the tale has its genesis in stories told by Barrie to children he’d encountered in Kensington Gardens, near his home, and who became very dear to him. There were five Llewelyn Davies boys: George, John (Jack), Peter, Michael and Nicholas (Nico).

Their grandfather was the cartoonist and novelist, George du Maurier. Their uncle Gerald du Maurier (father of the writer Daphne du Maurier) played both Mr Darling and Captain Hook in the 1904 production. That’s enough du Mauriers.

Not unnaturally, on encountering the children, Barrie wiggled his ears, performed amusing feats with his eyebrows, and danced with his Saint Bernard dog Porthos. The boys loved the man and came to call him “Uncle Jim”.

Not unnaturally again, you may be shifting a trifle uncomfortably at this point. But all the signs say you can rest easy. Despite whisperings, Barrie’s affection for the boys, as they have attested, involved no perverse agenda. As Nico later insisted: “He was an innocent – which is why he could write Peter Pan.”

Indeed, Barrie appears to have been sexless. His marriage was unconsummated and he divorced his wife on grounds of her adultery. At any rate, Barrie became a dear friend of the family, providing financial support when the father died, and unofficially adopting the boys on the death of their mother.

Which is not to say that Barrie did not have his dark side. He was, for example, fond of cricket, which he played with other authors like Wells, Kipling, Conan Doyle, Wodehouse, Chesterton and A. A. Milne.

Death, which had haunted so much of his life, came for him too on 19 June 1937. He could have been interred with other literary greats in Westminster Abbey. Instead, he’d insisted on Kirriemuir.

The Glasgow Herald of 21 June 1937 reported King George VI’s words that Barrie had brought “joy and inspiration to young and old alike”. True, he himself had grown old. But in spirit he had always remained a boy.

We want to bring you the best The Herald has to offer every day, from our in-depth reads, unrivalled arts and lifestyle coverage, as well as our guide to everything from television, gardening, travel and outdoors to food and drink reviews.

When you head over to our subscriptions page you’ll see three options:

Our special offer can be found under the “Premium Plus” plan under the option of £2 for two months, then £9.99 monthly afterwards if you decide to stay with us.