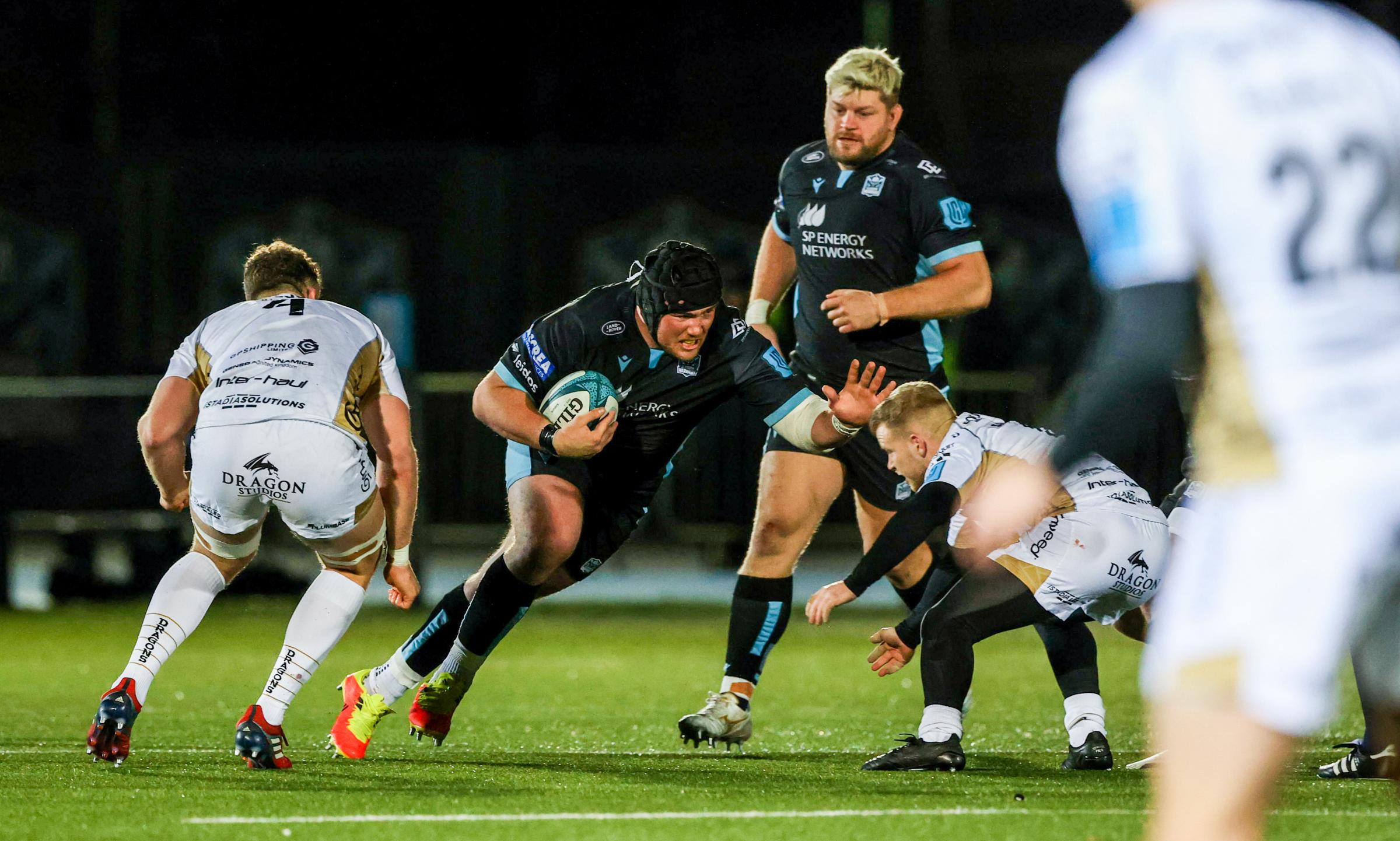 CHAMPIONS CUP week always feels a bit different in terms of bringing a step up in intensity from the week-to-week grind of league rugby, and for Glasgow Warriors prop Zander Fagerson there is the added novelty of it being the first time this season he has been available for consecutive matches for the club.

The 25-year-old understands why he was given an extended break following last summer’s Lions tour, returning in time to play one game for Warriors ahead of starting in all four of Scotland’s Autumn Test matches. After all, he plays in arguably the most physical demanding position on the park and his body needs to be managed in order to avoid injury and burn-out.

With that in mind, he also accepts that being rested again straight after the Autumn Tests was for his own good (and he won’t have been overly disappointed to have missed out on Glasgow’s flat performance away to Benetton).

However, he is also frustrated that he has not really had an opportunity to build momentum in his own performances so far this season – so is now looking forward to stringing a run of games together over this crucial festive stretch in order to get himself into top form by the time the Six Nations kicks-off on 5th February.

That starts with Sunday’s Champions Cup opener against last year’s beaten finalists, La Rochelle, at Stade Marcel Deflandre. Six days later he hopes to be part of the welcoming committee when Exeter Chiefs – including Stuart Hogg and Jonny Gray – come calling at Scotstoun.

There will then be a quick pit-stop for Christmas before the first leg of this year’s 1882 Cup is played against Edinburgh at Scotstoun on 27th December, with the return leg scheduled for 2ndJanuary at Murrayfield.

The chances are that he will then be given another weekend off when the Ospreys visit Scotstoun on Sunday 9th January, before diving back into the Champions Cup pool stage return matches, away to Chiefs on 15th January and at home to La Rochelle a week later.

It is going to be a hectic period, but Fagerson wouldn’t have it any other way.

“This is the first time I have been up for selection two weeks in a row for Glasgow, so it is great being back with the boys and I’m just itching to get out there,” he said.  “I want to play as many games as I can.”

“It was a tough Autumn Nations campaign,” he continued. “We played some good stuff as a team but from a personal point of view it wasn’t amazing. So, I’m looking forward to working on a few things and getting back in the groove.

“As a prop, you can’t really re-create match fitness. I’ve got there, eventually, but I felt pretty rusty for the first couple of games back. I’m looking forward to playing as much as I can because when I play regularly, I feel my game gets better and better.”

This full-on schedule can present challenges when you have a young family, but Fagerson says that comes with the territory.

“It is my job and my family know that,” he explained. “I have never found it hard to switch on and off. I really enjoy what I do, I enjoy playing in games, and I really enjoy the pre-match feed with all the Christmas puddings and the roast turkeys. It just means I need to work hard out there on the pitch, so I don’t get too plump.

“Ever since I’ve been involved with the club, I’ve enjoyed Champions Cup week,” he added. “It is a different challenge. The Top14 is very different to the United Rugby Championship, but we’ve done our homework, and we’ve got a few things up our sleeve in terms of areas where we are going to test La Rochelle this weekend.

“It is going to be a really tough 80 minutes all across the park, but we’re really looking forward to it.

“I don’t think it is just up front. They’ve got threats all over the park. But there is a lot of weight in that pack so it will be a good challenge to get out there and see where we’re at.”

The 1872 Cup will revert back to being decided by the aggregate score over the two league matches played between Edinburgh and Glasgow Warriors in late December and early January each season.

The fixture adopted a ‘best of three’ approach in 2017 when the league’s expansion from PRO12 to PRO14 created an additional fixture in the calendar for the Scottish sides.

However, the launch of the United Rigby Championship this season has returned the traditional festive double-header, which will see Glasgow host Edinburgh on 27th December, and the return fixture on the international pitch at Murrayfield on 2nd January.