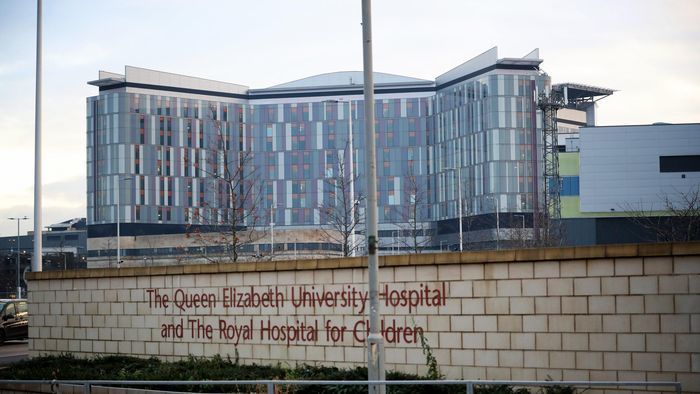 IT has been slow progress but it appears the concept of devolution is largely understood at news HQs in London.

Barring the occasional slip-up, gone are the days when the BBC would lead on a story about police numbers or exam results and omit to remind viewers that this was only relevant to viewers in England.

The Covid pandemic, and the different approach taken by the UK Government and devolved administrations, has most likely had a lasting impact on people’s understanding of our constitutional framework.

But there are some stories which are of such UK-wide significance that devolution should be an irrelevance.

And yet, too often, the southern bias of the BBC, ITN and other outlets remains intact.

The past year has witnessed one of the starkest examples of this network TV failing.

We may never know the full horror of the infections scandal at the Queen Elizabeth University Hospital (QEUH) in Glasgow.

We do know, however, that there were catastrophic and unforgivable failings by the health board management, and at least two children lost their lives after contracting infections.

Many more patients were let down or kept in the dark, with a culture of cover-up that should forever shame those in charge.

Despite the health board’s attempts to bury their stories, the bravery of families and NHS whistleblowers has shone a light on the tragedies which took place.

In particular, the determination of Milly Main’s mum Kimberly Darroch to ensure that no other parent should go through such an ordeal has been awe-inspiring.

Yes, this infections scandal has received the prominence it deserves in the Scottish media.

The BBC’s Lisa Summers and the entire BBC Scotland team have pursued the story forensically, as have outstanding reporters such as The Herald’s Hannah Rodger and The Daily Record’s Paul Hutcheon, among others.

But what has rightly been called the ‘greatest scandal of the devolution era’ has not been amplified enough beyond Scotland.

On the rare occasions it has featured on the main TV network bulletins, it has been fleeting and has then swiftly disappeared from the agenda.

A flagship state-of-the-art hospital opened its doors as recently as 2015 and patients swiftly developed infections linked to contaminated water in the building.

Ultimately, two children died, but the parents weren’t told why.

It took the whistleblowers going to a local politician for the public to learn the partial truth.

It then transpired that independent reports on the hospital had warned of contamination risks before the building opened, but these were not acted upon.

Various inquiries were launched, revealing 118 episodes of serious bacterial infection in 84 children and young people – with a third of these infections ‘most likely’ to have been linked to the hospital environment.

And then, two years on from the first deaths being revealed, clinicians claimed there were a further two deaths linked to hospital-acquired infection in recent months.

If this had all happened in Surrey, do you think it would only make a one-off appearance on the network news bulletins?

It would have utterly dominated the news cycle, leading the agenda and repeatedly topping bulletins for several nights.

Hugh Pym would provide expert analysis in the BBC studio to Huw Edwards.

Laura Kuenssberg would report on how it dominated PMQs, what the embattled Health Secretary was telling Westminster, what evidence the Select Committee had uncovered, and how the Prime Minister was under pressure to sack those in charge.

Camera crews and photographers would doorstep the managers of the health trust – before they either resigned or were forced out in disgrace.

Everyone in the UK, including in Scotland, would know about it because the TV news shows would ensure that.

We would be angry about it here in Scotland, as in Wales and Northern Ireland, and rightly so.

But because this scandal happened in Glasgow, how many people in Surrey even know about it? Far too few.

Some stories deserve a UK-wide audience, regardless of how well they might be covered by local teams on separate bulletins.

Acknowledging the existence of devolution in TV HQs cannot just be about paying lip service to the devolved nations.

Scotland is about much more than the constitution, and it is doing everyone a disservice when policy or public service failings like this are not adequately covered.

Not only do authorities dodge additional scrutiny, but the victims don’t have their voices amplified as much as they would elsewhere in the UK.

The QEUH scandal is just one recent example.

When Storm Arwen hit the east of the UK, there were people in northern Scotland and Northumberland without power for over a week.

In rural communities near Newcastle there was a full-scale emergency with families left without heating, electricity, water and mobile phone signals.

The carnage did at least feature on network news – a few days after the event – but just imagine the response if the devastation had been in the Home Counties.

There is a lot of unfair criticism hurled at the BBC, not least in Scotland where some perceive it to be politically biased.

I disagree – BBC Scotland provides forensic and fair coverage, and we are lucky to have such broadcasting talent in our country.

But the BBC is a UK-wide institution and its operation south of the border needs to do more to remember that.

It could start by bringing the scandal at the Queen Elizabeth University Hospital to a much wider audience.

To date, nobody has been held responsible for what went so tragically wrong.

But perhaps if the British public was made more aware of the failings, the families might finally get some of the justice they deserve.

Alan Roden is an independent political adviser and former communications director for Scottish Labour. He has supported families of QEUH patients.