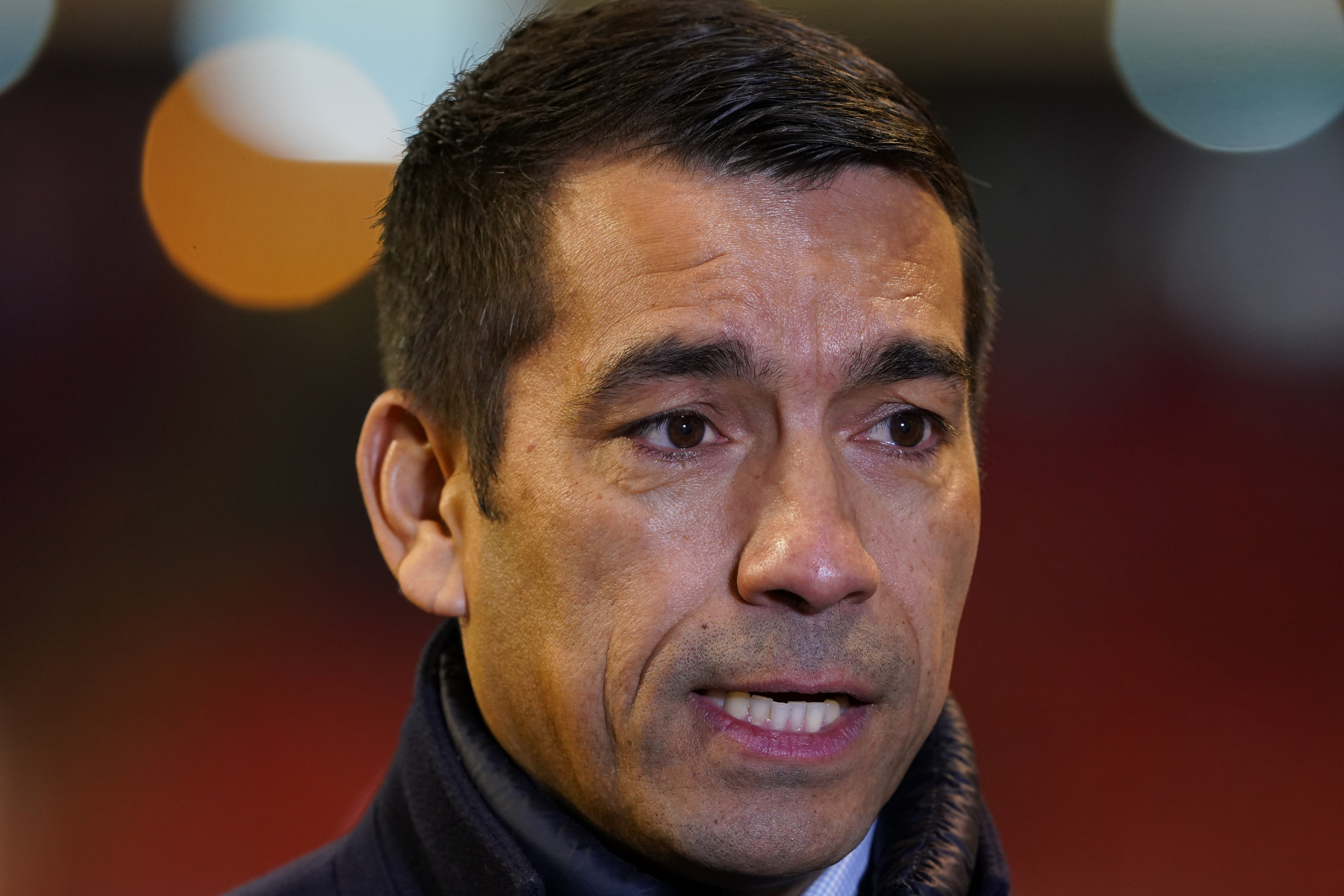 THERE is always a hysterical overreaction by Celtic and Rangers supporters whenever their team performs poorly and suffers a bad result.

So the calls for Giovanni van Bronckhorst to be sacked as manager of the Ibrox club that surfaced online in the immediate aftermath of the cinch Premiership match at Parkhead on Wednesday night were both inevitable and excessive.

Yes, James Tavernier and his team mates were utterly abysmal. Sure, the 3-0 defeat was excruciating for their followers to witness. Surrendering top spot in the league to their city rivals was also painful.

But sacked? A sense of perspective is perhaps required.

Van Bronckhorst has been in situ for little over two months. The Dutchman has taken charge of just 14 games during that time. The midweek reverse was the first loss he had experienced.

Rangers are just a point behind the new leaders despite their humiliation. There are another 14 league fixtures, including two against Celtic, to be played before the Scottish title is decided. They remain, too, in the Scottish Cup and Europa League.

Furthermore, Aaron Ramsey, the Welsh midfielder who was signed on loan from Juventus on deadline day, is poised to make his debut against Hearts in a league outing in Govan on Sunday. Alfredo Morelos, who has been on international duty with Colombia, is set to return.

The 2021/22 campaign can still be a hugely successful one for the Glasgow giants and the new man at the helm.

All that said, there are certainly reasons for their fans to be uneasy and the manager to be concerned. If Rangers continue to acquit themselves as woefully in the weeks and months ahead they will end up trophyless.

Van Bronckhorst, despite signing a three-and-a-half year deal in November, could very well pay the ultimate price if they do.

Where on earth do you start with the Celtic game? The lack of fight shown by the visitors in the opening 45 minutes was pathetic. They were bullied on the ball by their opponents and outworked off it.

Had it not been for the heroics of their goalkeeper Allan McGregor, who produced a string of fine reaction saves as Ange Postecoglou’s men ran riot, they could have been 5-0 or even 6-0 down at half-time.

Would they have been so toothless if Steven Gerrard had been in the dugout? The Liverpool and England great had his flaws as a young manager. But he was certainly a charismatic and passionate individual. His side invariably displayed fight and character whenever they took to the field.

Van Bronckhorst is an altogether different type of personality to his predecessor. He does not seem the kind of character who will burn the paint off the dressing room wall after the final whistle if the required standards have not been met. But that kind of volatility still has its place in the modern game.

Does the cerebral and softly-spoken coach have the sort of presence that inspires players to put their bodies on the line and hurl themselves into 50-50 challenges? It is all very well deciding on a formation that best suits the personnel available. But a rousing pre-match pep talk can go a long way. Particularly in an Old Firm derby.

Tactically, though, it was difficult to see what the masterplan was as well. He was hailed as a footballing visionary by chin-stroking hipsters far and wide when he changed the roles that his full-backs and wingers performed immediately after he took over. Asking his forwards to provide the width in attack and his defenders to concentrate on their duties at the back seemed to shore up a porous rearguard.

But Borna Barisic and Tavernier are at their best going forward. The latter scored 19 goals and provided 16 assists in all competitions during the 2020/21 campaign for goodness sake. So play to their strengths, get on the front foot and take the game to the opposition. Both men were badly at fault for the goal that Liel Abada netted.

Van Bronckhorst was let down by Tavernier, Barisic, Glen Kamara and Ryan Kent in the East End. To his credit, he responded by making a triple substitution. But he must shoulder much of the responsibility for the failure of those key men to influence proceedings. At times, Rangers looked either unsure of what they were supposed to be doing or unconvinced the way they had been asked to play was correct.

The atmosphere the game was played in – there were around 60,000 Celtic fans in attendance and no Rangers supporters – was intimidating for the away team and was unquestionably a major factor in the final outcome.

They will only have to experience such a daunting environment once more this season, when they return to Parkhead after the top six split in April, this season and should do better with their legions of loyal backers cheering them on.

But the Ibrox hierarchy, as has been well documented, are the ones to blame for their team not having any support on Wednesday evening.

The board’s lack of investment in the squad in recent transfer windows could also be taking a toll. Bringing in Amad Diallo and Ramsey on loan last month should freshen things up no end. Ryan Jack returning may be significant.

There will certainly need to be a distinct improvement if Van Bronckhorst is to quell growing unrest in the stands.

The Champions League winner and World Cup finalist must stamp his authority on the Rangers team quickly and oversee a distinct upturn in fortunes or suffer the consequences.

Previous ArticleDavid Goodwillie: Calls for board to stand down at Raith RoversNext ArticleTwice as many civil servants working on gender reform plans as indyref2 bill