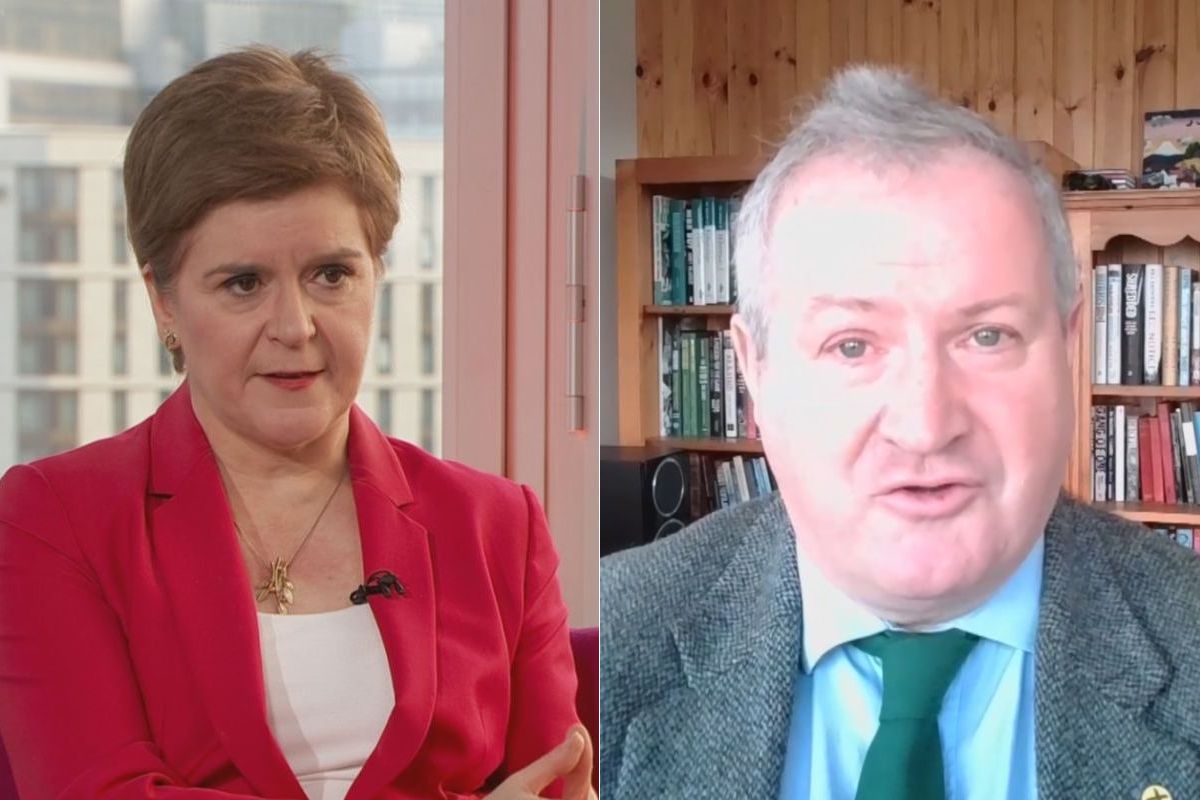 THE SNP’s claim that the state pension would be paid at the same rate under independence as within the Union has been directly challenged by one of Scotland’s leading thinktanks.

An article published today by the Fraser of Allander Institute says past National Insurance contributions by Scottish workers cannot be taken as a guarantee of future entitlement.

“Since individuals have no ownership rights over their past contributions, the UK Government can change the qualifying rights for state pensions as it sees fit,” it says.

It says pension arrangements between Scotland and the rest of the UK would need to be negotiated after a Yes vote and it was likely London would say current policy was “irrelevant” given the unprecedented change.

Opposition parties said the analysis, after a series of senior SNP figures this week stressed the continuity of state pensions under independence, was a “hammer blow” to the Yes cause.

SNP Westminster leader Ian Blackford told ITV Border that the rest of the UK would have an “obligation” to pay the pensions of those who made National Insurance contributions (NICs).

He said: “You pay into a National Insurance fund, and the UK is responsible for the disbursement of that, but that’s a right to a UK pension – no ifs, no buts, about that.”

On Thursday, Nicola Sturgeon said “people with accumulated rights would continue to receive the current levels of state pension in an independent Scotland”.

She told MSPs at First Minister’s Questions that “people will notice no difference”, or even get a bigger pension than before.

But economist David Eiser, a fellow of the Fraser of Allander Institute, and David Bell, professor of economics at Stirling University, say in today’s paper the situation is “both more complex and more uncertain” than either side of the constitutional divide might claim.

First, they point out state pensions “are not paid for from a ‘pot’ that individuals build up during their working leaves”, but are “a pay-as-you-go scheme” paid out of current tax revenue and borrowing.

“The State Pension is simply a benefit that the UK Government could reduce, or even in principle, eliminate,” they write.

At present, the UK Government pays the state pension to people who have paid NICs in the UK even if they retire overseas, and the SNP argues that the same would happen after independence for those who had paid sufficient NICs.

However the authors say that would be part of wider negotiations around the division of assets and liabilities in general, and the final deal was “impossible to anticipate”.

They say: “The UK Government is likely to argue that succession – and the wholesale transfer of the UK’s tax base to the Scottish Government – constitutes an unprecedented change in circumstances that renders comparisons with the treatment of individuals under current state pension policy irrelevant.”

Ms Sturgeon has said she wants Indyref2 by the end of next year, Covid permitting, and has ordered officials to update the White Paper on independence given to voters before the 2014 referendum.

Shadow Scottish secretary Ian Murray said: “This intervention is a hammer-blow against the SNP’s fantasy economic plans for independence.

“The independent Fraser of Allander analysis clearly shows that Ian Blackford has been talking through his hat and that the SNP is more than happy to gamble the pensions of Scots on the table of independence.

“Unlike the SNP, Scottish Labour will always defend the financial security and stability of the people of Scotland.

“It’s high time he and his motley crew stopped trying to mislead the public with their unicorn prospectus and got on with their day job.”

Tory MSP Donald Cameron said: “Ian Blackford’s insistence that pensions in an independent Scotland would be paid by UK taxpayers is completely absurd.

“The SNP are attempting to dupe the Scottish public into believing a fantasy version of independence, while this analysis reveals the chaotic reality we could expect.

“The fact is that the UK would have no obligation whatsoever to pay Scottish pensions if the country left the United Kingdom – as the SNP should be well aware.

“The Nationalists admitted in their own 2014 White Paper that pensions would be the responsibility of an independent Scotland – either they have become even more out of touch with reality in the years since, or they are deliberately misleading the Scottish public.”

Scottish Liberal Democrat finance spokesperson John Ferry added: “Ian Blackford is living on another planet if he thinks Scotland’s pensions would be paid for by a foreign government in the event he and his party succeeded in breaking up the UK.

“On pensions, borders and the currency we are seeing an increasingly desperate series of gambles from the SNP. It’s astonishing that a party that has spent decades obsessing over separation have so few answers for how to actually make it happen.”

An SNP spokesperson said: “The UK Government confirmed in 2014 that after independence people would be entitled to the pension contributions they had made to the UK system.

“Independence will also give us the opportunity to provide significantly better pensions than are currently available, given that the UK has a state pension provision lagging behind many neighbouring European countries and other developed nations.”

The Fraser of Allander Institute will publish the article on its own website at noon today, but Herald readers can see it here first.

Previous ArticleStrong Lions contingent has taken Scotland to Six Nations title before and could do againNext ArticleBest of Scotland: 22 must visit destinations for 2022