A SCOTTISH writer whose debut radio sitcom satirises the frustration of living with serious mental health issues says he hopes it will help other sufferers to “feel less alone”.

It is the first time he has had his work picked up by a broadcaster, having previously written for theatre.

The pilot episode, which aired on Friday and is available on BBC Sounds, follows single father Hector McKinley – played by Guilt star Jamie Sives – as he attends a mental health assessment where the benefits advisor wearily informs him that “all of that doesn’t fit in the box” when he lists his mental health conditions.

“I’ve experienced similar things in the past,” said Mr Mason.

“There’s a lot of misunderstanding about how they do these assessments, because a lot of it is so geared around physical health – are you able to get out a chair, can you walk a certain distance?

“There’s a lack of understanding with anything that’s mental health, which can be just as disabling in a different way but because it’s not on their form, or it doesn’t fit into their defined categories, then they just declare you as ‘fit’.”

READ MORE: Scots Covid expert says ‘target’ use of protections like anitvirals and lateral flows key to keeping most vulnerable out of hospital

Later in the episode, Hector seeks help from a GP who tells him his only options are “pills or therapy”.

The former might lead him to “grow breasts” as a side effect – but the latter is a 17 month wait.

“You do want to change things, but you’re just faced with a brick wall all the time,” said Mr Mason.

“They’re either not listening or there’s help there, but there’s so many hoops to go through, or it’s help that’s potentially going to make you worse, or it’s waiting lists which are crazy at the moment.”

The sitcom is set in Edinburgh

Edinburgh-born Mr Mason, whose sitcom is set in the capital, is one of several writers whose pilots are airing on Radio Four over the coming weeks, but he is hopeful that it will be given the green light for a full series.

“I’ve been writing for nearly 30 years now, so it’s a pretty big break,” he said.

Mr Mason – who says a lot of his own mental health struggles stemmed, like his lead character, from childhood bullying – adds that focusing a comedy drama around mental health feels timely amid the pandemic.

READ MORE: Thousands are still unvaccinated – should we redefine what we mean by ‘protecting the herd’?

He said: “I know the impact Covid has had on me has been severe because I have fairly serious OCD problems which have been massively aggravated by a lot of messaging about keeping clean.

“And over the period it’s definitely got worse to try to get help – the waiting lists are longer, and to get to speak to anybody seems to be a complete nightmare.

“Then there’s been a spike in demand obviously because people who’ve never had mental health problems before are getting ill because of the pressure and stress of Covid, which makes the whole situation worse.” 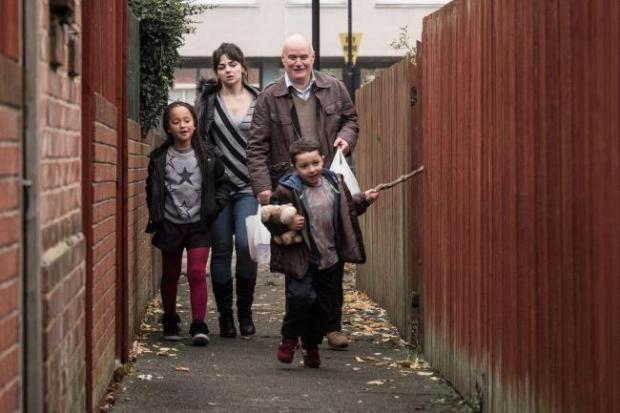 Overall though, Mr Mason – who cites the Ken Loach film ‘I, Daniel Blake’ as one of his biggest inspirations – hopes that having someone write about mental health who has direct experience of it can help to tackle misrepresentation and stigma.

“That’s been a big thing for me. Any time I’ve seen something on TV or radio that has spoken about this stuff, it makes you feel less alone.

“It’s giving a voice to people who don’t get a voice in media, and I think things like that – when you feel desperate and alone – can make such a huge difference.

“Sitcoms are undervalued sometimes, but they can really remind you – just for 20 minutes, half an hour – that things can be okay and you can laugh.

“Even if you laugh just once in a really terrible day, that can just give you enough strength to feel a little bit of hope.

“But also there’s that element of reaching people who don’t know what it’s like. I think people let their guard down a little more with comedy.

“They might be a bit more willing to listen to something that is serious if they can laugh as well.”