Major breakthroughs in how to effectively store  harmful emissions are currently taking place in Scotland, with the Net Zero Technology Centre at the forefront of such carbon capture, utilisation and storage (CCUS) projects – some of which aim to use depleted oil and gas fields as repositories. By Andrew Collier

THE drive to net zero carbon is well underway, with Scotland aiming to meet its ambitious target of getting there by 2045. However, it will be impossible to switch off use of fossil fuels suddenly and completely.

We are, after all, in a transition. Whether we like it or not, hydrocarbons are going to be with us as part of the energy mix for the foreseeable future.

The question we have to ask is how we utilise them in a manner compatible with our climate change goals.

Alongside reducing our consumption and electrifying where practicable, carbon capture, utilisation and storage (CCUS) is another essential tool in our decarbonisation toolbox. This technology involves capturing carbon and storing it before it can escape into the atmosphere.

It is then compressed and transported in one of a number of ways – pipeline is the most cost effective, but road and ship are also possible – before it is pumped underground, usually at considerable depth, and stored indefinitely.

Scotland has a clear advantage in that it can offer large, depleted oil and gas fields under the North Sea for this storage. They would
be an ideal repository for the carbon while at the same time repurposing existing infrastructure and offshore subsurface reservoirs in a useful way.

The Aberdeen-based Net Zero Technology Centre is tasked with accelerating the transition to long term sustainable energy system through innovation and technology development. It works with industry partners and academia to drive the creative solutions needed.

The centre sees developing practical CCUS solutions as an integral part of its work. 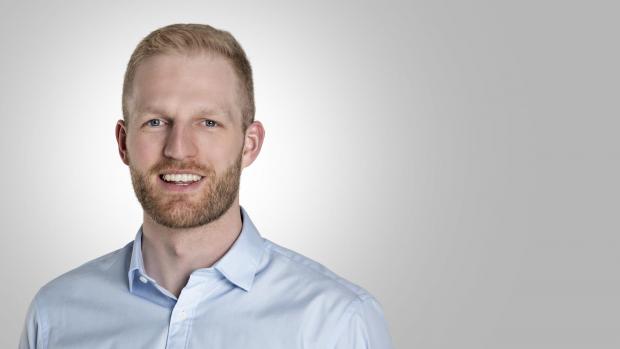 “We can’t suddenly eliminate all emissions from fossil fuels. It must be a transition. Combining a mix of clean energy sources, and different carbon reduction and capture methods will get us to net zero.”

The same point is made by the organisation’s Chief Technologist, Dr Vinay Mulgundmath.

“Carbon capture, utilisation and storage is essential if the UK is to meet the Climate Change Committee’s (CCC) objectives.

“Oil & gas provided 70% of the UK’s total energy consumption last year, and the CCC’s 6th Carbon Budget scenarios show an average gas requirement of 200TWh/y in 2050 alongside an average 70TWh requirement for oil. Fossil fuels will continue to be part of the future energy mix and we need to ensure we harness them with as low a carbon footprint as possible.”

At present, CCUS technology is expensive. “In the absence of any subsidy mechanisms, policy initiatives or market drivers, it’s not taking off as one would have wanted.”

For this reason, at present it seems likely that government funding will be required to build investor and public confidence in deploying the CCUS infrastructure.

Carbon capture, utilisation and storage (CCUS) is also an integral element of blue hydrogen production, where natural gas is transformed into its constituent hydrogen and carbon elements.
This technology is needed to accelerate an affordable transition to a fully decarbonised society, particularly in hard to electrify sectors such as steel making, heavy transport, and industrial processing.

In future and as demand grows, it is likely that more and more green hydrogen – a different form which takes renewable energy to power the electrolysis of water and so is completely clean – will be produced.

However, it is likely that there will still be a need for CCUS. “Some 31 per cent of global emissions come from manufacturing”, says Craig Hodge.

“Much of which is particularly hard to abate, either because the processes are challenging to electrify or switch to hydrogen, or because of negative effects on product quality.

“I don’t think we can mandate developing countries to stop burning fossil fuels immediately. They need to be able to increase living standards for their citizens, so we should be supporting them in their transition to cleaner fuels, and carbon capture can help kick-start their decarbonisation journey.”

Many of the CCUS technologies are already in place and ready to be deployed. Dr Vinay Mulgundmath says the carbon dioxide that is captured should not be treated as a pollutant but rather a resource and can even be useful.

“If you can marry the captured CO2 with renewable hydrogen to produce synthetic transportation fuel, that would be a sustainable solution for the existing fleet as well as from a circular economy perspective.

“If you want to scrap the majority of existing aircraft and replace them with a new-build, zero-carbon fleet powered by hydrogen or electricity, note that it will also require new materials – the impact on the environment could be much worse. It’s far better to justify the use of synthetic low-carbon fuels for existing fleets in a sustainable way.“

He adds, however, that there is also a disadvantage: once again, it is the problem of cost. Producing sustainable aviation fuel (SAF) in this way is currently expensive.

“I believe that as we move into the 2030s and 2040s, it will become more apparent that the success of CCUS deployment will depend on rising carbon taxes, fit-for-purpose policy mechanisms and what governments will want to do in terms of subsidies and addressing liability issues.

“The cost of carbon capture is coming down. It is now probably about £40 per tonne and economies of scale will bring it down again into the £25-£30 range per tonne.”

The theory behind the capture process is relatively simple. “Most of our anthropogenic CO2 emissions come from burning fossil fuels, and it’s a relatively small percentage of CO2 that’s in the gas that is emitted”, says Craig Hodge.

“You then have to take all of that flue gas and put it through a chemical or physical process to make something bind with that CO2.

“In another process, you can then extract, compress, concentrate and transport the CO2 via pipeline which is the cheapest way to do it. Then you inject it back into the oil and gas reservoirs from which it came and can be confident that it will stay there.”

“One technology we are investing in captures CO2 directly from air at a lower cost by utilising the natural convection of air and high wind velocity in Scotland, thereby avoiding the use of energy intensive air blowers in the process.

“Green hydrogen production requires a lot of potable water as an essential ingredient. With water-stress expected to impact more than 50% of the world’s population by 2050, we are also looking at capturing CO2 from seawater and produce hydrogen as a by-product.

“Normally, you need a desalination plant to do this, but the by-products of that process are deemed to be harmful to the marine environment.

“We are looking at taking the desalination step out of the process by using a novel technique called electrodialysis which uses excess renewable energy, produces hydrogen and captures carbon in the process. It’s all very exciting.”
www.netzerotc.com

UK Government is urged to back Scottish projects

TO deploy CCUS at scale, industrial clusters that comprise of CCS projects and a transmission and storage network are required.

Earlier this year the UK Government launched a process to determine the sequence in which it would support the decarbonisation of regional industry clusters across the UK. 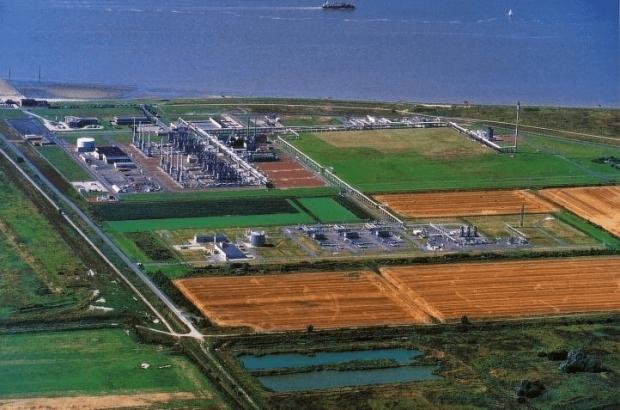 Unfortunately, the Scottish cluster lost out to two in the north of England.

The Acorn Project at St Fergus in Aberdeenshire is designed to capture and store carbon dioxide in the depleted Goldeneye field in the North Sea.

It looked like a perfect first project and there was considerable surprise when the UK Government revealed some weeks ago that it had rejected the funding bid.

The project has been in the planning for years and would have captured emissions from Grangemouth and St Fergus, as well as from a new power station at Peterhead and other industrial emitters across Scotland.

The SNP’s Westminster leader, Ian Blackford, described it as “devastating”, pointing out that the infrastructure of redundant pipelines previously used to extract gas from the field to pipe the CO2 underground already existed. In addition, he believes the project met the government’s criteria.

The UK Government says that it remains committed to the potential of the Acorn project and it may now be developed by 2030 as part of a second phase.

It has been placed on a reserve list, meaning it will be reconsidered if the chosen projects on the Humber and in Liverpool run into problems.

Carbon capture and storage has been factored into the Scottish Government’s decision to achieve net zero carbon by 2045. The Acorn project would have stimulated the CCS sector north of the border and also created jobs for those transitioning out of the oil and gas sector.

“But we are not far from being in a position where the cost of developing a CCS system is less than paying the fees for emitting CO2.

“It looks like carbon capture is potentially the most cost-effective way for many of the emitting areas in Scotland to decarbonise quickly. It’s also something we can do tomorrow, but we must keep innovating and developing technologies to drive down costs and improve reliability.”