Confirmed or suspected coronavirus deaths in Scotland rose by 10 to 145 in the week to January 23, according to the latest figures.

A total of 12,823 deaths have now been registered in Scotland where Covid-19 was mentioned on the death certificate, statistics published by National Records of Scotland (NRS) on Wednesday show.

Meanwhile separate data from Public Health Scotland (PHS) shows that in the week ending January 18, there was a 25% decrease in the number of new admissions to hospital with a laboratory-confirmed case of Covid.

There was also a drop in the number of positive cases which, in the week to January 23, fell by 26.4% on the previous week.

Ninety-one of those deaths occurred in hospitals, 43 in care homes, nine at home or in a non-institutional setting, and two were in other institutions.

Pete Whitehouse, NRS director of statistical services, said: “The latest figures show that last week there were 145 deaths where Covid-19 was mentioned on the death certificate. This is 10 more deaths than the previous week.

“The number of deaths from all causes registered in Scotland in this week was 1,331, which is 5% fewer than the five-year average.” 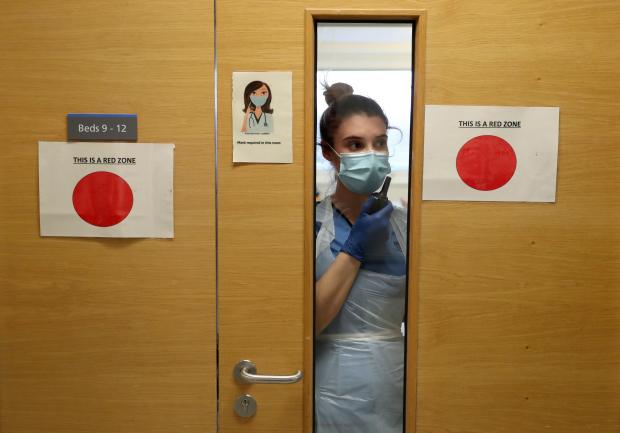 The NRS statistics are published weekly and cover all deaths registered in Scotland where Covid was mentioned on the death certificate.

They differ from the lab-confirmed coronavirus deaths announced daily by the Scottish Government because the NRS figures include suspected or probable cases of Covid-19.

Of those who died in the latest week, 78 were male and 67 were female.

Meanwhile, PHS figures show that in the week ending January 23, there were 50,775 Covid cases confirmed by PCR or lateral flow device tests, a decrease of 26.4% from the previous week.

In the week ending January 18, there were 815 admissions to hospital with laboratory confirmed Covid-19, a decrease of 25% from the previous week, with the highest number of new admissions in those aged 80 plus.

PHS said it is important to note the figures “may include patients being admitted and treated in hospital for reasons other than Covid-19”.

READ MORE: Future lockdown not ruled out with ‘tricky moments’ ahead

The PHS figures show that in the week ending January 23 this year, there were 22 new admissions to intensive care units with laboratory-confirmed Covid, down 56.4% from the week before.

In the week from January 15 to January 21 this year, in an age-standardised population, the rate of acute Covid-related hospital admissions in people who have received a booster or third dose of vaccine was 3-4.4 times lower than in individuals who are unvaccinated or had only had one or two doses of Covid vaccine.