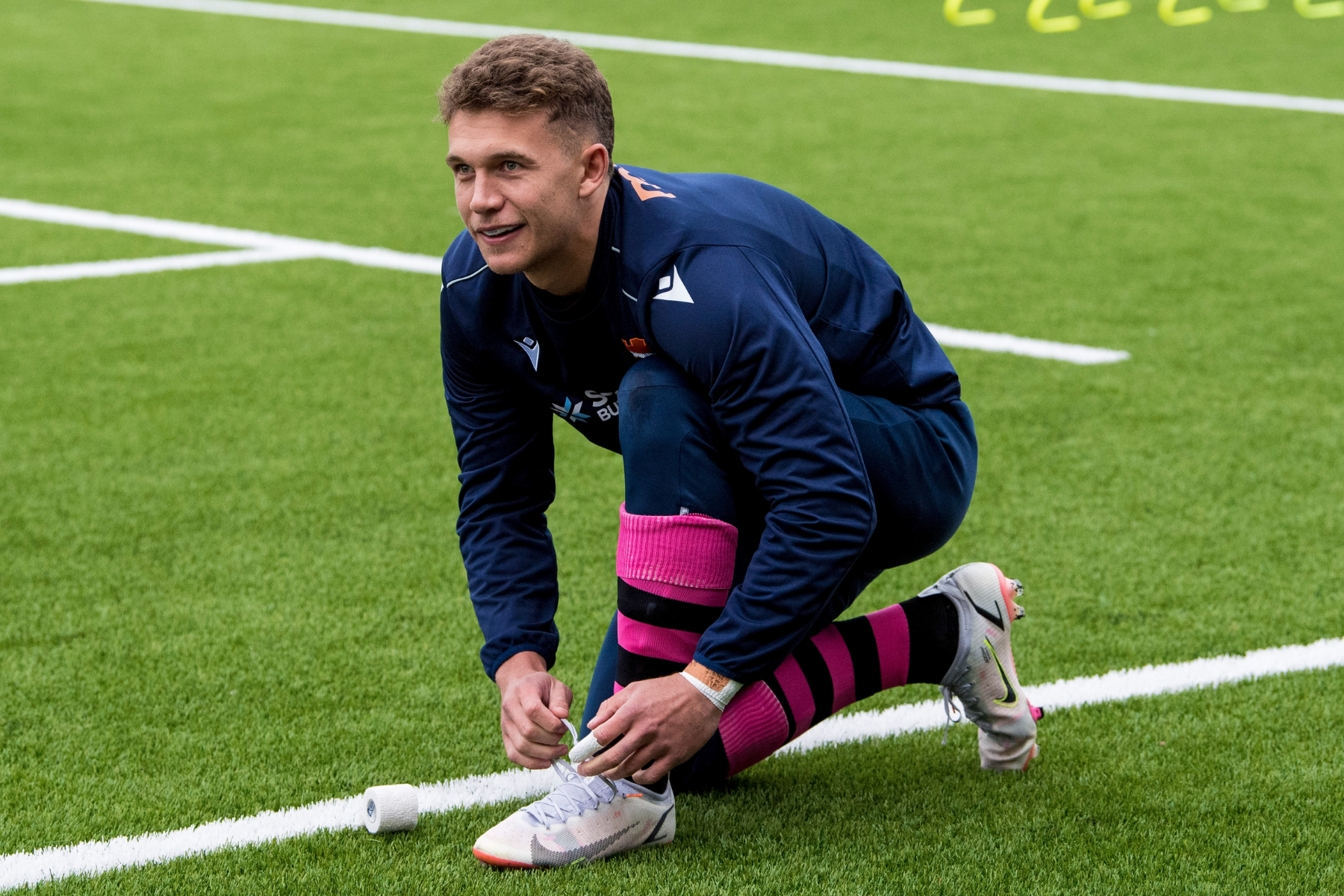 CHARLIE Savala has received a massive vote of confidence from Edinburgh head coach Mike Blair by being named in the starting line-up for today’s Challenge Cup match at Saracens.

The 21-year-old only has five senior appearances for the capital club, but takes over at stand-off from the injured Blair Kinghorn, having been preferred to Jaco van der Walt, who is named on the bench after completing his recovery from injury.

Kinghorn, who has yet to complete his return-to-play protocols after his head injury in last week’s win over Benetton, is joined on the injury list by Darcy Graham and Jamie Ritchie as well as by Bill Mata and Damien Hoyland, both of whom have knee injuries that will keep them out of action for some months. Graham and Ritchie were injured in training this week but Blair is hopeful that they will be back in action soon.

The coach has tried-and-tested cover to call on both in the back three, where Ramiro Moyano and Jack Blain come in on the wings for Graham and Hoyland, and in the back row, which sees Nick Haining and Luke Crosbie replace Ritchie and Mata. Blair could have opted for the far more experienced Van der Walt as his playmaker instead of Savala, but while planning to bring on the former at some point in the game, he believes that Savala will relish the challenge of coming up against the former European champions.

“He’ll thrive on it,” Blair said. “He’ll look forward to it. He’s really competitive, loves a challenge, and this game will really suit him. It’s one he can really get his teeth into and will show the improvement he has made.

“It’s a challenge for the team and for him as well. He’ll approach it in the right way and he’ll see it as an opportunity when he can help Edinburgh put pressure on the opposition. It’s right with Jaco coming back and being an international 10 that he gets some time on the pitch as well, but obviously we have to see how injuries and the game is going.”

Born in Australia but Scottish-qualified, Savala joined Edinburgh in October 2020 from the Sydney Roosters rugby league academy. He has made significant progress since then and has been called up to train with the Scotland squad – and Blair believes that full international honours could follow if he continues to grow in stature as a playmaker.

“When I first came in, watching him playing in conditioning games when he had to make lots of decisions, I thought he was exceptional. We’ve been frustrated that we’ve not been able to give him a huge amount of game time, but he has started picking up bits and bobs recently.

“He’s started to understand the game-management side of things and the role the 10 has in arranging the forwards around him in terms of putting the team in the right position. Instinctively he has a very good attacking game and is very good at decision-making at the line. He’s a running threat as well, and we believe the time is right to give him the opportunity.

This first Pool C game in European rugby’s second-tier competition would have been a tall order for even a full-strength Edinburgh, but the loss of the in-form Ritchie and Graham has made it all the harder. The team are on good form, however, having found an effective blend of brute force and creativity since Blair took over, and an upset is not beyond them this afternoon provided they continue to display the willingness to improvise that has served them well so far this season.

Saracens’ Scotland winger Sean Maitland has been ruled out of the game by a groin strain, but lock forward Callum Hunter-Hill has been selected to start against his old club, while ex-Glasgow Warrior Tim Swinson is on the bench. England stalwarts Mako and Billy Vunipola join Hunter-Hill in the home pack, and their cousins Manu Vunipola and Kapeli Pifeleti start at stand-off and hooker respectively.