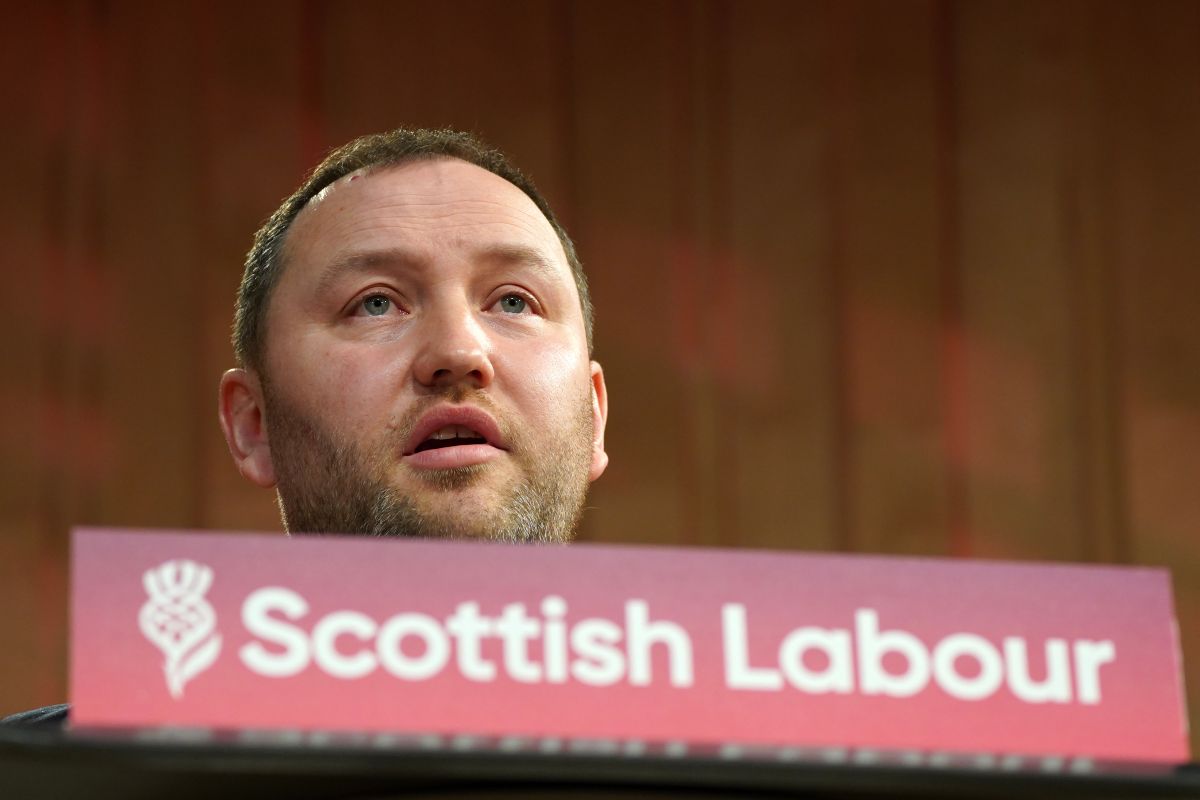 THE SCOTTISH Government has been urged to conduct a “full audit” of the ScotWind bidders to make sure “none of them are party to Russian money”.

Addressing the Scottish Labour conference in Glasgow, the party’s shadow secretary of state for Scotland, Ian Murray, said “Scotland’s wind must not be used to fund Putin’s war.”

Some of the world’s biggest energy firms were among the 17 successful bidders to build the next generation of wind farms.

Because this was the first leasing round since the management of Scottish Crown Estate assets were devolved, the Scottish Government is in line for a near £700m payout.

Many of the winners have links to Russian firms. TotalEnergies, the French multinational, holds a stake in Novatek, while others, including Engie, Shell and Vattenfall have links with Gazprom, a firm owned by the Russian state.

First Minister Nicola Sturgeon has previously insisted that there were “appropriate processes in place to do due diligence” on ScotWind bidders.

In a statement released on Friday afternoon, Crown Estate Scotland said their initial checks had not uncovered any “Russian ownership or registration” among the successful ScotWind bidders.

In his speech, Murray unveiled a five-point plan to “ensure Scotland is not used as a laundromat for kleptocratic money.”

These included measures to reform Companies House, to tighten up the rules around Scottish Limited Partnerships which “have allowed dirty money to be hidden under opaque ownership structures.”

“While legislation over Scottish Limited Partnerships is reserved, the enforcement of it lies with the Scottish justice system,” Murray told delegates.

“Thousands of these partnerships have failed to follow their legal obligations to name a person of significant control and are therefore liable for fines.

“In fact, this is the scale of it – if every one of these partnerships that have failed to meet these rules were prosecuted, it could raise an eyewatering £2bn in fines alone.

He also called for the UK Government to act faster to implement sanctions.

“It might take them months to sanction a Russian oligarch, but I’ll tell you how quickly this Tory government can implement sanctions when they want – turn up two minutes late to the jobcentre,” he said.

Meanwhile, Murray also criticised the Tories for not doing enough to stand up for the union. Scottish leader Douglas Ross, had “been left a laughing stock” over the Downing Street partygate row.

“Humiliatingly described as a ‘lightweight’ and ‘hopeless’ by his colleagues with whom he shares a voting lobby.

“It’s for reasons like this, that it is only the Labour movement that can truly defend our union.

“We recognise that if we are to save it then we must renew it too.

“We’ve never accepted the false choice between the Tories broken status quo and the nationalist’s separation.

“It is up to us, as Labour, to show Scots and every citizen of the UK that there is a better way. And that we can create a new Britain.”

Murray said Labour would “build such a positive and ambitious new Britain under Prime Minister Starmer that everyone will want to stay.“

Starmer, he added, understood that Sarwar was “the boss and calls the shots” in Scotland.

“Their support, dedication to helping, and understanding Scotland has changed the entire culture of the party. They now get it too.

“It’s not rocket science, it’s simple maths. We need Scottish seats to help rid us of this awful Tory government and we need a Labour government to show that the UK is a force for good for every part of our country.”

The SNP, he added, had failed to answer basic questions about independence, comparing them to Brexit campaigners.

“In the last few weeks alone, we have witnessed the ridiculous spectacle of Ian Blackford claiming an independent Scotland wouldn’t be liable for paying the pensions of our own pensioners.

“It’s a move straight out of the Farage and Johnson Brexit playbook. An attempt to throw up smoke in front of voters’ eyes.

“The idea that English and Welsh taxpayers will continue to pay Scottish pensions is beyond ridiculous and Blackford knows it.

“But he thinks that by obfuscating the truth, he can hoodwink voters into backing the SNPs plans. And he wants to do it without even having to answer the big questions.”

The SNP was, he added, “taking the Scottish public for fools – but Scots know chancers when they see them.

“And it’s our job to continue to make the positive Labour case for the UK while relentlessly exposing their ridiculous plans and the dangers of nationalism.”

Crown Estate Scotland will require formal assurance from project partners that they will adhere at all times to legal requirements related to sanctions. We continue to work closely with Scottish Government, to ensure we are fully informed and taking appropriate action in what is a rapidly evolving situation.”