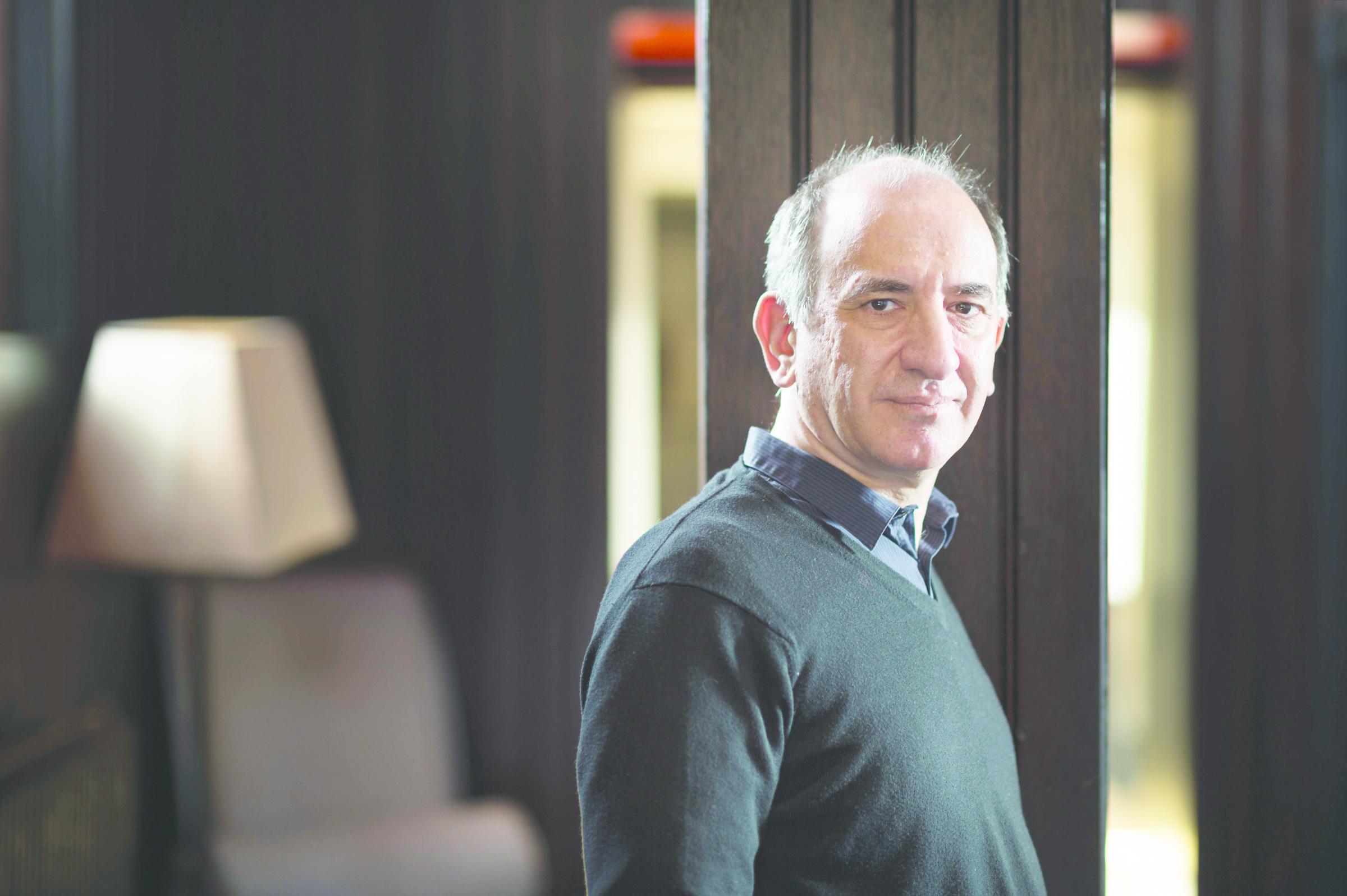 THEY say never meet your heroes, and I didn’t. I spoke to him on the phone. We can all relate to Armando Iannucci’s catalogue of satirical content because all everyone has known in recent times is political absurdity.

A two-year pandemic, multiple Downing Street scandals, and now a crisis in Ukraine at the hands of the very country that put a ban on his 2017 film The Death of Stalin. Iannucci had a lot to discuss.

The Glasgow-born writer, director, producer and, let’s be honest, national treasure is set to make a triumphant return to a Scottish crowd this week. It’s been more than ten years since Iannucci’s The Thick of It spin-off and debut film In the Loop had its European premiere at Glasgow Film Festival in 2009, and after years of conflicting schedules he returns to the venue he describes as his ‘old home’.

“I wanted to come back earlier”, he tells me. “But it has always clashed with my schedule as I’m usually away filming something. Coming out of a pandemic, it is such a good time to go out and talk about film and cinema, and to be in front of people and a big screen. I am so aware of the joy of cinema and getting people in to see it, so by coming back to Glasgow and the film festival it feels like the right time to re-emerge.”

Unfortunately, there will be no screening of new or old material at GFF22 by the director but something as valuable. On Sunday, March 6, a lucky group of film and TV enthusiasts will have the chance to dive deep into the brain behind Malcolm Tucker and Alan Partridge as part of a sold-out live in conversation event, where the Scottish satirist will discuss his career in depth.

So, what better time to catch up with the master of satire after a somewhat turbulent beginning to 2022.

As many people took some time to breathe at the start of the pandemic in May 2020, so too did Armando Iannucci. It turned out doing so would help drive his latest creative project as he started writing down his thoughts on how the political powers that reacted to a virus that changed the world as we know it.

“I took it [the pandemic in 2020] at a slow pace, and put myself into a slight hibernation mode, thinking it was definitely going to be a marathon rather than a sprint. I didn’t decide to start learning French or German on day one though.”

No, he didn’t learn another language but instead did what he does best: write. That turned out to be his poetry book Pandemonium: Some Verses on the Current Predicament. In an alternative fashion to how he sometimes portrays political figures as bumbling clowns and idiots, he opted to compare the likes of Downing Street staff to gods and superheroes.

It was a different style to what he is used to when writing, as he insists the one thing he really craved during the pandemic was the ability to thrive in a room with other writers which sparks a creative mindset. “I even missed the creative sparks you get when you are not working, taking a break and just making a cup of tea” he said.

“I started writing for my own therapy, and the good thing about poetry is that you can say 2-3 different things at once or you can be completely ambiguous. It reflects my thoughts over the pandemic and I don’t necessarily have a definite point of view from the past two years. There were nice things about it but there were horrible things about it.

“People can take what they like from it”, he says about his poems. Whether that crystallises an experience for them or helps them focus their anger and frustration. “It’s an instant emotional response to the pandemic and there is no agenda.”

It may have been written for himself but anyone could forgive the writer for being among the outraged public who were the butt of a joke that Boris Johnson ‘thought was a work event’.

Iannucci was among the many who had to endure a loss with little chance of a proper goodbye, as his mother passed away at the start of the pandemic in 2020. Not from Covid, but while Boris was partying, he was attending a scaled back funeral.

But what did one of the world’s best satirical minds make of the events which have plagued Boris Johnson’s Government for months now?

He seemed calm about the scandal, perhaps surprisingly, but nonetheless aware of the absurdity of it all.

“It’s a punch to the gut and had such a profound effect on how we view him [Boris Johnson] and the government.

“Even if the police say no rules were broken, it’s not about that. It’s about how he handled himself. If you’re telling people to stay indoors and not gather together, you shouldn’t be allowing it to happen in the rooms next door to you.

“If people in power are to be different from us, it should be because they are that little bit better than us, not worse. If Johnson is worse than us, then it’s a frightening situation to be in.”

In terms of what is to come next for the Scottish satirist, you might wonder if even a veteran can create satire in such an age of political absurdity. His hit TV show The Thick of It came to an end as he felt the material was becoming too much of a reality, and politics seems to create a parody itself today without any help of comedic writing.

Despite that, after finishing filming of the second season of Avenue 5 starring Hugh Laurie, Armando is now in the process of putting his next feature film into motion. He kept his cards close to his chest, but said it is set in the world of social media and is in talks with the actor he wants as the lead.

To give away one clue, he simply asked – where is power? According to Armando Iannucci it lies with autocrats like Putin as we are sadly seeing now, or with the heads of social media companies.

He echoes his contempt for corrupt power on the day we talk by repeatedly and consistently tweeting “Putin go f**k yourself”.

It may not be the funniest insult he has ever written but it’s certainly straight to the point.