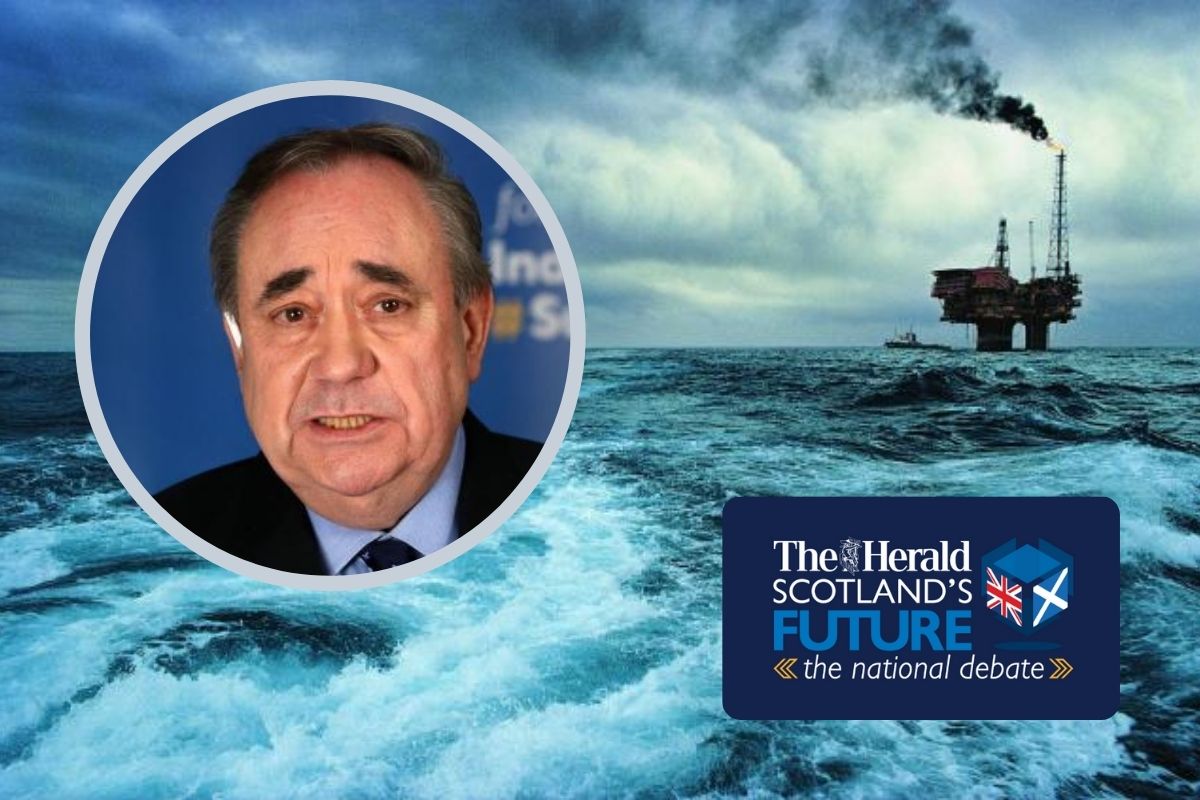 ALEX Salmond has called for new North Sea oil and gas licences to tally up funds for carbon capture projects and come with a “public share”.

The former first minister, who oversaw the 2014 white paper on independence which focused the economic case on ‘Scotland’s oil’, has warned that a focus on renewables could merely be “an empty a boast”, without urgent action.

Mr Salmond, the leader of the Alba party, has pointed to three lessons that need to be acknowledged in relation to the future energy mix for Scotland.

Writing exclusively for the Herald’s Scotland’s Future series, Mr Salmond has rejected calls for no new licences to be handed out to fossil fuel companies with to explore the North Sea for oil and gas.

He has insisted that “substituting secure domestic supplies with chancy foreign ones is a fools’ errand for the environment”, adding that it ”represents an own goal for the economy”.

Mr Salmond said: “Second, instead of closing down the North Sea, every license should now only be issued with a strict condition that the developer contributes to a Scottish carbon capture projects. “Carbon capture potential, like the resources themselves, are an asset which should be productively used.”

He added: “Third and most important every new offshore wind field should now be licensed only with a public share.

“Those who do not learn from history are destined to repeat mistakes.

READ MORE: Scottish politicians have their say on energy, oil and gas and renewables

“The January ScotWind auction was a disgraceful bargain basement sale of public assets and a mistake which was made in Scotland. It needs to be sorted in Scotland.

“A half century ago the call ‘It’s Scotland’s Oil’ started to resonate through Scottish politics. Unless we act now to make it real, ‘It’s Scotland’s Renewables’ will end up as just as empty a boast.”

Previous ArticleScarlets 35 Glasgow 10: Warrirors’ winning run comes to crunching endNext ArticleScotland running its own affairs would boost green change but only if we end fossil fuels